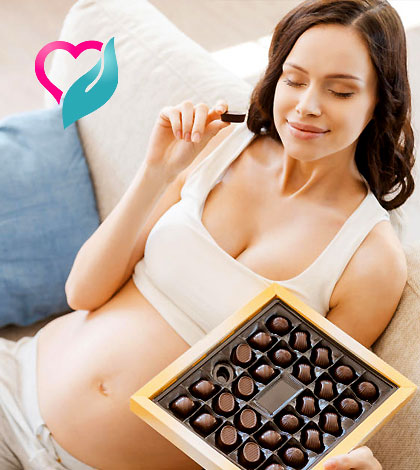 Here comes good news for all those beautiful ladies carrying their angels in their womb. Celebrate your wonderful days with chocolates and get extra benefits of this celebration on your pregnancy.

There seem to be great reasons why pregnant women should treat themselves with chocolate. These luscious treats not only improve a pregnant woman's condition by preventing certain complications including pre-eclampsia, but also relieve her stress and surprisingly also make happier babies.

Dark chocolate can help prevent pre-eclampsia which is one of the many causes of premature delivery and which also claims the lives of many babies. This condition occurs in pregnant women and is often characterized by high blood pressure.

When a pregnant woman's blood pressure rises, it can lead to convulsions. It may also lead to blood clotting or damage in the liver. In some cases, pre-eclampsia may also cause the kidneys to fail functioning. According to the reports from the Annals of Epidemiology however, the theobromine content in cocoa can help prevent this condition.

Research from Yale University concludes after questioning dietary habits of 2,500 pregnant women that those who eat chocolate regularly are 50 percent less likely to suffer from pre-eclampsia during pregnancy.

Cocoa, which is used to make chocolate, contains theobromine which aids in proper regulation of blood pressure among pregnant women by aiding in the dilation of the blood vessels. 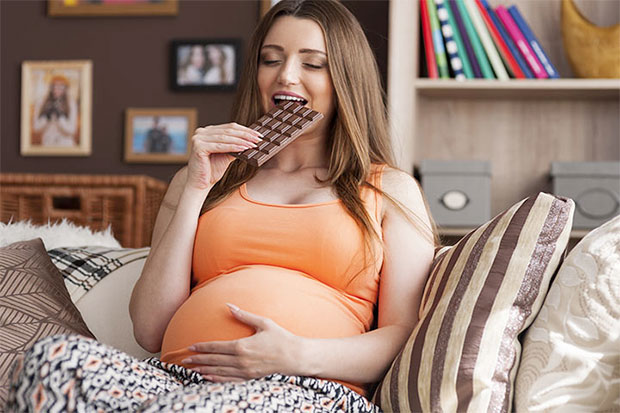 Researchers in Finland also claim that chocolate can affect a baby's behavior. The New Scientist magazine reports that stressed pregnant women who indulge in chocolate are more likely to give birth to happier and livelier babies. This was concluded after studying 300 pregnant women. The researchers observed great differences between pregnant women who ate chocolate during pregnancy to relieve stress and those who did not.

The expectant mothers who snacked on chocolate during pregnancy reported that their babies were lively and happy. The babies also responded well to new situations as compared to the babies of those who did not eat chocolate during pregnancy. This result is linked to the chemicals contained in chocolate, particularly phenylethylamine. It is believed to be passed on from the mother to the child in the womb. 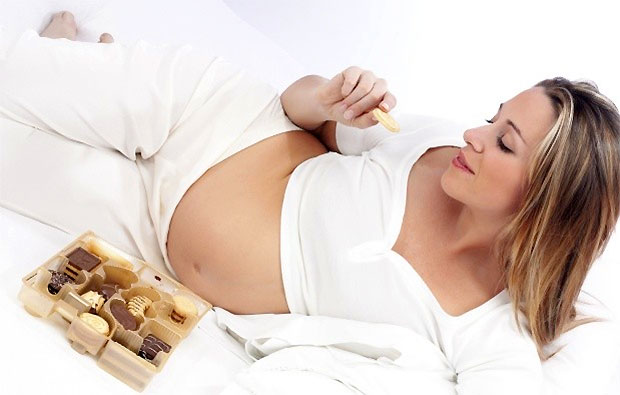 These sweet treats are rich in flavonoids which are believed to contain potent antioxidants. Pregnant women can benefit from the antioxidant properties of flavonoids specifically in improving immunity. It can also fight certain cancers and aid in the cardiovascular system.

Chocolate has iron, magnesium and other nutritional contents. Magnesium is known to help significantly with fatty acid metabolism. 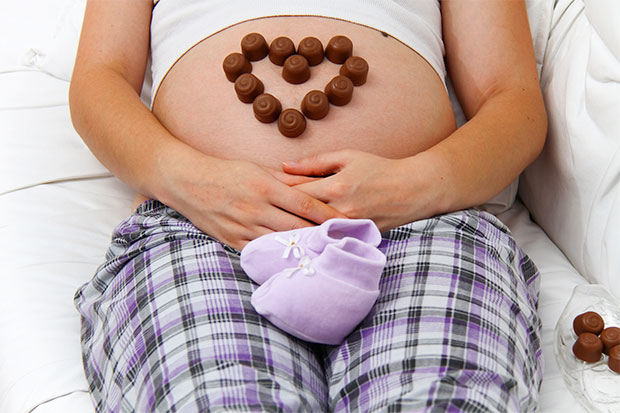 Chocolate relieves stress. The bottom line is that chocolate is comforting and can no doubt improve a pregnant woman's mood. However, anything in excess can be harmful rather than beneficial. So, pregnant women should consume chocolate, but in moderation.

The whole celebration of pregnancy is now going to be one step more delicious with those dark chocs melting in your mouth. Enjoy!!