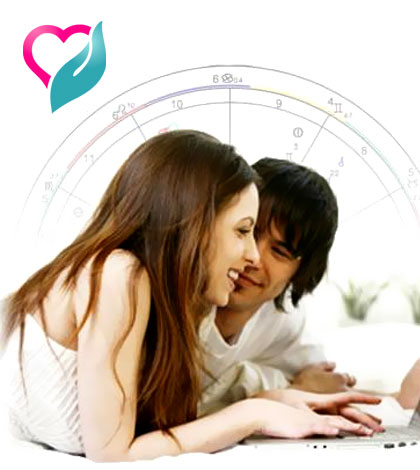 Libra is the seventh sign of the astrological year and is known by its astrological symbol, the Scales. Libra individuals are artistic, affectionate, and refined.

With Venus as the ruling planet, people born under this sign are considered to be attractive and fashion-conscious. They seek peace and joy through personal and professional relationships.

When it comes to charm, there is no one more appealing than a Libra man. He is often the handsome tough-guy type but with a rare sensitivity that makes him irresistible. Men born under this sign are often drawn to artistic and creative careers. They usually marry, often at a young age. Because they are generally good-natured and accommodating, Libra men are happy to do their share of housework. They are supportive and enthusiastic about their spouse’s career.

Because she is usually so attractive and charming, it is sometimes difficult for men to appreciate the talents and intellect of the typical Libra woman. In many ways she is the most feminine of the zodiacal types. It has been said that although she thinks like a man, she reasons like a woman. These women have a natural ability to make relationships work. Though self-sufficient, they are not happy alone and usually have a partner in their lives.

Libra children are naturally sweet and obedient. Even on rare occasions when their behavior is rebellious or aggressive, they are more well-mannered than other children. Adolescence brings big changes; this is often the first time that the placid Libra child becomes difficult. They usually manage to retain their lovableness, but their freedom-loving nature often draws them into controversy.

Libra men and women are the most romantic among the zodiacal types. Venus-ruled, they have an idealistic view of love and togetherness. Once these people fall in love, they start thinking of marriage. Libras don’t enjoy romantic suffering. Whenever they are disappointed in a relationship, a Libra man or woman will spend a little time grieving and then move to another partnership.

Because they are very social people, Libras make good friends. Libras are great counselors, because they have the ability to weigh the pros and cons of an idea fairly and without bias. They love giving parties, and they have talent for making people feel at ease. Although they may seem superficial at times, anyone who knows these charming men and women understands that they have an intriguingly profound side to their nature.

Scorpio is the eighth sign of the astrological year and is known by its astrological symbol, the Scorpion. Scorpio individuals are enigmatic, strong-willed, and passionate. With Pluto as the ruling planet, people born under this sign are considered to be dynamic and extreme in their opinions.

Scorpio men are enigmatic and appealing. They have a steely exterior but possess much sensitivity. Men born under this sign are moody and need emotional “space.” They are secretive and keep everyone at a distance. They prefer the stability of home and hearth. Scorpio men enjoy being part of their children’s upbringing. They can be demanding in their family relationships, but their actions are generally motivated by love. Career success means a lot, but they never mistake it for personal achievement.

A Scorpio woman is one of mystery — part tomboy, part femme fatale. She has a provocative magnetism. She is maternal, not smothering. Whether she has a satisfying career or family life – or both – she gives everything. She can be demanding but is equally demanding of herself. Always looking to transform herself for the better, she never seems to age but grows in wisdom and maturity.

The Scorpio child can test a parent’s limits. This little one may start playing power games in the cradle. Everything is a means of achieving power and mastery over others. As Scorpio children grow, they are better able to handle the extremes in their nature. They generally have positive motives in mind. They want to understand the way the world works, and they won’t rest until they do. Parents need to stay ahead of this child.

Astrology has made the words “lover” and “Scorpio” virtually synonymous, but it is misleading to think they are preoccupied with sex. Scorpio nature is more complicated, and the typical Scorpio is interested in marriage and long-term commitment. It is true that Scorpio men and women have strong sexual appetites and may be tempted to stray if their mate does not provide the spiritual and physical attraction they require.

As a rule, Scorpios have few friends but are close to them. Scorpio men and women are loners who look to themselves to solve problems. It is often said that a Scorpio wants to know everyone’s secrets but never willingly divulges his own. Scorpio natives have great wisdom and are often sought as life guides, even as gurus.

Sagittarius is the ninth sign of the astrological year and is known by its astrological symbol, the Archer. Sagittarian individuals are jovial, intelligent, and freedom-loving. With Jupiter as the ruling planet, people born under this sign are considered to be understanding and principled. They have an appetite for learning and travel.

Sagittarian children are adventurous from birth. From an early age they appreciate the value of things and the satisfaction they can bring. Sagittarian youngsters usually love school. They participate in sports and are big on school spirit. Sagittarian teens need plenty of freedom, but they are likely to use it wisely.

As soon as they fall in love, the typical Sagittarian begins to worry about what he or she is going to have to give up. So they may put off making a commitment as long as possible. When they do settle down, they adjust well. They refuse to let the relationship get stale and always look for ways to bring excitement to the union.

Sagittarians make excellent friends. Though they have many intellectual pursuits, the Sagittarian isn’t a meet-for-coffee friend. They are doers. They make the best travel companions. They are informed about their destinations but also know side trips and facts that make the journey enjoyable.