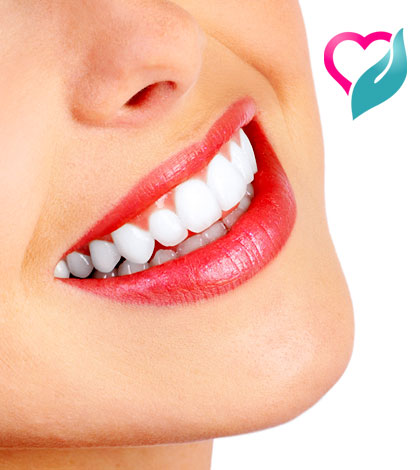 Many things can cause dry mouth, from dehydration and allergies to smoking and new medications.

(In fact, hundreds of drugs list dry mouth as a side effect, including those to treat depression and incontinence, muscle relaxants, anti anxiety agents, and antihistamines.) But a lack of sufficient saliva is also an early warning of two autoimmune diseases unrelated to medicine use: Sjogren’s syndrome and diabetes.

In Sjogren’s, the white blood cells of the body attack their moisture-producing glands, for unknown reasons. Four million Americans have Sjogren’s, 90 percent of them women. Twenty-four million people in the U.S. have type 1 or type 2 diabetes, a metabolic disease caused by high blood sugar.

What else to look for: Other signs of diabetes include excessive thirst, tingling in the hands and feet, frequent urination, blurred vision, and weight loss. In Sjogren’s, the eyes are dry as well as the mouth, but the entire body is affected by the disorder. Because its symptoms mimic other diseases (such as diabetes), people are often misdiagnosed and go several years before being properly diagnosed.

Many people are surprised to learn they’re tooth-grinders. After all, they do this in their sleep, when they’re not aware of it. And they underestimate the physical toll that stress can place on the body. “Crunching and grinding the teeth at night during sleep is a common sign of emotional or psychological stress,” says Iacopino.

You can sometimes see the flatness on your own teeth, or feel it with the tongue. Or the jaw may ache from the clenching.

What else to look for: Headaches, which are caused by spasms in the muscles doing the grinding. Sometimes the pain can radiate from the mouth and head down to the neck and upper back, Iacopino says. Mouth guards used at night can relieve the symptoms and protect teeth.

Most people don’t connect dentures (false teeth) with pneumonia, other than to think they’re both words that often refer to the world of the elderly. And yet the two have a potentially deadly connection. “A leading cause of death in older people is aspiration pneumonia, often from inhaling debris around the teeth and dentures,” Iacopino says.

In aspiration pneumonia, foreign material is breathed into the lungs and airway, causing dangerous (even fatal) inflammation. Too often, the problem stems from people in the care of others — those in nursing homes, for example — who fail to clean dentures properly. Dentures need to be removed daily from the mouth, cleaned with a special brush, and stored in a cleansing solution.

What else to look for: A soft, crusty material developing around dentures. With proper cleaning, though, you don’t have to worry about other red flags. “It’s amazing. You can get a 100-percent reduction in what’s otherwise a leading cause of death for denture wearers,” Iacopino says