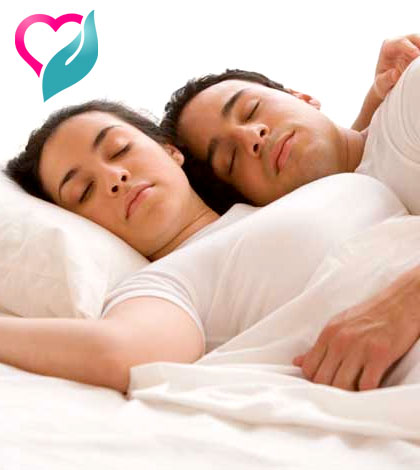 Adding these foods to your diet may help to increase your

Most fish—Boast vitamin B6, which is needed to make melatonin (a sleep-inducing hormone triggered by darkness)

When healthy sleepers ate carbohydrate-rich suppers of veggies and tomato sauce over rice, they fell asleep significantly faster at bedtime if the meal included high-glycemic-index (GI) brown rice rather than lower-GI long-grain rice,

Bulgur, barley and other whole grains are rick in magnesium—and consuming too little magnesium may make it harder to stay asleep

Bananas, well-known for being rich in potassium, are also a good source of Vitamin B6, which is needed to make melatonin (a sleep-inducing hormone triggered by darkness),

Chickpeas boast vitamin B6, which is needed to make melatonin (a sleep-inducing hormone triggered by darkness)

Fortified cereals also boast vitamin B6, which is needed to make melatonin (a sleep-inducing hormone triggered by darkness)

It’s not a myth. Milk has some tryptophan, an amino acid that has a sedative-like effect, and calcium, which helps the brain use tryptophan. Plus, there’s the psychological throwback to infancy, when a warm bottle meant “relax, everything’s fine.

Drizzle a little in your warm milk or herb tea. Lots of sugar is stimulating, but a little glucose tells your brain to turn off orexin, a recently discovered neurotransmitter that’s linked to alertness.

A small baked spud won’t overwhelm your gastrointestinal tract as it clears away acids that can interfere with yawn-inducing tryptophan. To up the soothing effect, mash the potato with warm milk.

Oats are a rich source of sleep-inviting melatonin, and a small bowl of warm cereal with a splash of maple syrup is cozy — and if you’ve got the munchies, it’s filling, too.

A handful of these heart-healthy nuts can send you snoozing because they contain both tryptophan and a nice dose of muscle-relaxing magnesium.

Foods that will reduce sleep

Brahmi, jatamansi, valerian and aamla are pro-sedative, meaning that they help a person to relax into sleep:

The powder of these drugs are either taken separately or together in a dose of one teaspoonful, three times a day, followed by a cup of milk. Sesame oil boiled with these powders should be used for massaging the head and body before bathing. Now, let us look about the properties of these herbs:

Valerian root: Indian valerian, also known as tagar in Hindi, works on the nerve channels by clearing out toxins from the blood, joints, tissues, colon and nerves. Its basic role is to rejuvenate. However, valerian should not be taken on its own. For, it can have a somewhat dulling effect. It is best used as part of some herbal preparation.

Jatamansi: It is called jatamansi because it resembles jata or the tangled hair of the tapasvi or ascetic. It has been found to increase levels of neurotransmitters like serotonin. It is a sedative, anti-depressant, and anti-epileptic cardio-tonic and is regarded as one of the most effective remedies for neurosis. Though it normally has a sedative effect on the central nervous system and is used to tranquillise an anxious or over-stressed person, it has been observed that it can also stimulate someone who is suffering from fatigue. This is because it balances the organs and systems of the body. It can be taken as a powder, about quarter teaspoonful at a time. Or, soak it in warm water for 4-5 hours, strain and drink preferably at bedtime.

Aswagandha: This is an overall tonic for greater vitality and longevity. It enhances coordination between the mind and senses which, according to Ayurveda, is essential for good sleep. The recommended dose is half to one teaspoonful of powder taken twice a day followed preferably by warm milk.

Brahmi: It is a powerful brain food, which supports and improves all aspects of mental functioning. It is a calming and tranquillising herb. A cup of brahmi tea or powder or any other preparation with brahmi, taken at bedtime, will induce a peaceful sleep and its regular use will help to cure insomnia.