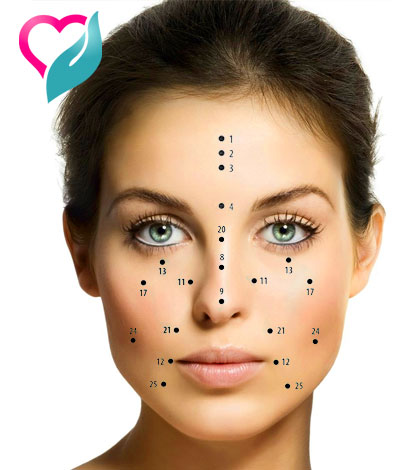 The Chinese believe that the moles on our bodies are in reality secret imprints carried over from our previous lives, stamps of some past karmic deed meant to ripen in this life, good as well as bad. Others contend that moles are messages of good fortune and misfortune that reflect important turning points of our life. Each noticeable mole on our body carries a hidden meaning, or depicts some secret obstacle or unexpected help from someone.

In certain traditions, the messages of moles were so significant it could even be read as bringing bad luck to the family, or so highly revered that the member of the family with the mole would be highly revered. Many cultures contend of course that the larger and more prominent the mole, the greater its power. Another widely held belief is that lighter coloured moles spell better fortune. Here is what the Chinese generally have to say about moles on our body.

Meaning of Moles on the Face 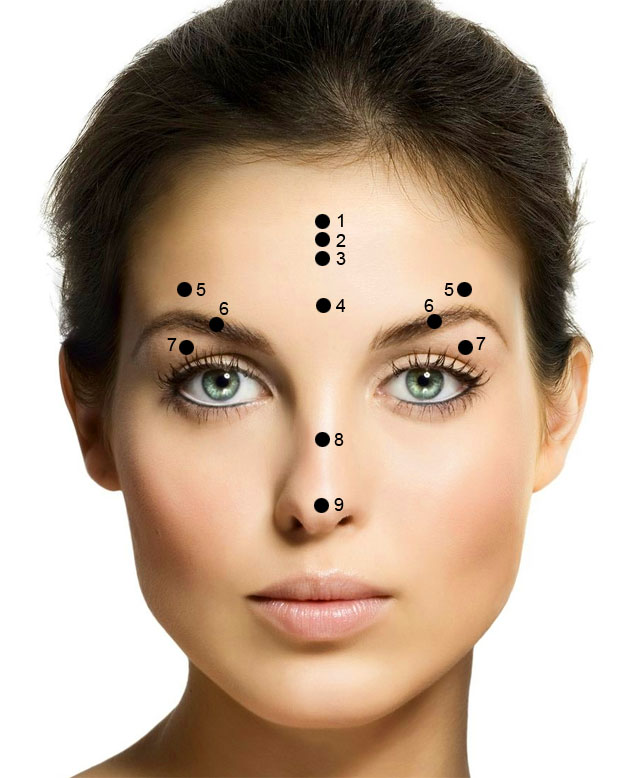 This mole is the mark of individuals who have been rebels from a very young age. They do not tackle shackles well and hate to be dominated by anybody at all. These people hear everyone out but do whatever they wants to do. Their imaginations run wild and their creativity stems from that. This is indication enough that these people work best when they work alone, since they hate people above them, breathing down their necks. In cases where they do have people to supervise them, they have the ability to bowl their supervisors over with their sheer brilliance and out-of-the-box thinking. There radical approach in everything they do usually wins people over for them. In sooth, they are the masters of their own fate and no amount of efforts to reign these people ever work out.

If a lady has a mole in this position, she is generally sensual and works her magic around men all the time. She is desirous and that literally borders on licentiousness. She is a proud woman who is fully aware of her powers over the opposite sex.

For a man, a mole in this position usually spells terrible luck when it comes to women. This luck worsens if the mole is a deep shade of black. However, if it is a very light spot on the skin which can hardly be detected, it means that he will receive the honest devotion and love of a woman.

Very bad decision-making powers. That is exactly what a mole in this position indicates. The degree to which a person is handicapped in this scenario can be gauged from the shade of the mole. The darker the shade, the graver the inability. The case scenario is not so bad if you have a barely detectable mole there.

A man who has a red mole in this position is likely to have volatile temper. A man with a light-colored mole will be indecisive and yet be the subject to a great amount of affection from people.

This particular mole has two names which invariably give away the meaning of having a mole in this position. Firstly, it is called a Husband Mole wherein it is believed that a woman having this mole has an unpleasant married life fraught with tensions. There will be no chemistry in this relationship whatsoever and it will generally lead to marital discord. Women with this mole are also known to have a rather arrogant disposition which adds to their troubles in this regard. She is mostly dominated by the planet Mars and that will give her the malefic temper that will affect her life so.

Secondly, it is also known as the Obstruct Career Mole. Why so? This is because the region where this mole is located is the exact spot on your forehead which governs your career luck between the ages 15 and 30. A mole here would only translate into the fact that a person’s career fortune will only see an ascension after the age of 30. Until then, promotions, appraisals and all other career-related issues will be disappointing and a cause for stress and subsequent depression. A person with a darker mole in this area is likely to embrace depression more easily.

Explosive bouts of anger sprinkled generously with a tendency to argue incessantly. That is what a mole in this region means. The deeper the shade of the mole, the more violent these bouts are. However, these outbursts subside as fast as they engulf the person and after they subside, there is no trace of malice or grudge left behind. In spite of the temper issues, these people are charming and a lot of fun when they are allowed to exercise their free will and are not bombarded with opinions. A decision to get this mole removed leads to inner peace and a calmer approach to life.

It also said that a man is the master of languages when he has a mole at this spot. He can play with words like no one else.

A mole above the eyebrows generally indicates two things – wealth and traveling. Wealth-wise, it means that a man has the capability to work very hard and earn money honestly. His senses and intuitions when it comes to earning money will be exceptionally sharp and it will grow by the day. However, it is of optimum importance that he learns to guard his hard-earned money well for his fortunes will attract the green-eyed monsters in many people and they will actively try to harm him. There will be no dearth of wolves donning a sheepskin in his life. So, beware! Do not get into believing people who self-volunteer to manage your money for you or those who try to sell you schemes which promise to make you rich in a matter of days. Men with moles above the eyebrows will traverse far and wide and earn a lot of money. These people are genetically coded to prosper in business ventures.

For a man, it also means two other things:

He will suffer from physical ailments throughout his life.

His marital life will be far from blissful as there are high tendencies of getting stuck with a cheating spouse, especially if the mole on his face is jet black.

For a woman however, it means that she will marry into wealth. Her traveling frequencies will show an upward trend, especially if her mole is a raised one (a wart). If the mole is light in color, it indicates a possibility that she will get married to a man living in a different country. If it is jet black in color however, it spells bad luck. She will be left alone at home while her husband will be on business tours for very long periods of time.

One thought on “Hidden Meanings of Face Moles”