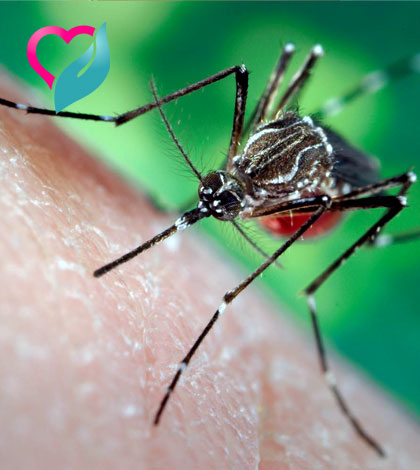 Every summer they come sneaking through the windows and graze you. Some people get ravaged by mosquitoes if they so much as take a walk at dusk.

Others can walk through clouds of the insects and not get a single bite. What’s the difference? A lot. Scientists have figured out many reasons why mosquitoes can’t seem to resist some people, but are repulsed by others.

Mosquitoes are sources of severe infection in many parts of the world. There has been a lot of research done about why some people are mosquitoes’ favorite snack.

Some people are real mosquito magnets. Why do some people seem to attract bloodthirsty mosquitoes from all over the neighborhood, while others can sit outside all evening without suffering a bite? These lucky people give off just the right combination of sights and smells. Mosquitoes use their senses to choose a favorite target in the crowd. Here are 10 ways to guarantee yourself lots of mosquito bites.

Mosquitoes detect carbon dioxide in the air, so the more you breathe, the more likely you are to become a blood meal. Carbon dioxide clues the mosquitoes in to the presence of a living, breathing, blood-pumping animal nearby. Once they sense it, mosquitoes usually fly in a zigzag pattern through the CO2 plume until they locate the source.

The more you stink, the easier it is for a blood-seeking mosquito to find you. Drop the deodorant, skip the soap, and get ready to start slapping mosquitoes.

Mosquitoes first locate potential victims using their sight, and anything moving will be deemed worthy of a second look. Go outside and flag them down. Mow the lawn. Take a jog around the block. Jump up and down and shout “pick me, pick me!” The mosquitoes will pick you, for sure.

Perspiration is the perfect combination of mosquito attractants – moisture and odors. Head outdoors on a hot, sticky summer evening, and work up a sweat. The mosquitoes will thank you.

Think of mosquitoes as heat-seeking missiles. The warmer you are, the quicker they’ll find you. Though mosquitoes can’t sense your body heat from a distance, once they get within a few yards, your warmth will lure them in.

Research shows that mosquitoes respond best to dark colors, especially blue. Put away the khakis and white shirt, instead don your jeans and a black t-shirt. You’ll shine a spotlight on yourself that allows the mosquitoes to come in for a quicker landing.

If you just can’t bear the body odor approach, do the opposite – bathe yourself in the strongest perfume money can buy. Floral scents are especially attractive to mosquitoes.

8. Use alpha hydroxy products on your skin

Lactic acid, which our bodies produce naturally, is a big draw for mosquitoes. It just so happens that many skin care products contain lactic acid, too, and so might help boost your chemistry with these blood-seeking bugs. Look for lotions and creams labeled “alpha hydroxy,” which provide the most lactic acid.

Yes, this is based on actual scientific research. Mosquitoes love smelly feet. Entomologist Daniel L. Kline experimented with using dirty socks as a mosquito lure, and found his 3-day-old socks were irresistible to them. Specifically, it’s the bacteria that grow on human feet that seems to draw a crowd.

Studies show people who’ve had a few beers score the most mosquito bites at the barbecue. Snack on some limburger cheese while enjoying a beer, and you will open yourself up to an all out assault. Limburger cheese is made with the same bacteria that makes your feet stink.

Mosquitoes also uphold the old joke about vampires looking for people who are their “type.” Different blood types either attract or discourage mosquitoes. If you have found yourself the sole person among a camping group bitten up, you’re probably an O blood type. A group of scientists in Japan exposed people to groups of mosquitoes which had had their biting and sucking parts removed. The mosquitoes landed again and again on the O blood types, ignoring the A and B blood types.

12. Mosquitoes also have a sweet proboscis

They prefer people whose body chemistry secretes saccharides, saccharin tastes sweet on their skin. Then again, the saccharides might only be involved because they feed other animals that encourage mosquitoes. Bacteria live on the skin, and help give sweat its disgusting smell. Dutch scientists found that a high abundance of only a few types of bacteria encourage mosquitoes. A large variety of bacteria living on the skin, though, tend to discourage mosquitoes as does a low overall number of bacteria. Basically, you want your skin to be an island ecosystem. There aren’t a lot of overall animals, but there is a diverse range of unique species.

People with high concentrations of steroids or cholesterol on their skin surface attract mosquitoes,” That doesn’t necessarily mean that mosquitoes prey on people with higher overall levels of cholesterol. These people simply may be more efficient at processing cholesterol, the byproducts of which remain on the skin’s surface

Mosquitoes also target people who produce excess amounts of certain acids, such as uric acid. These substances can trigger mosquitoes’ sense of smell, luring them to land on unsuspecting victims.

Unfortunately, a specific answer to your skin-piercing, irritating question continues to itch away, EHC suggests buying a bug repellent.

One thought on “Why do Mosquitoes Bite Some People and Not Others?”