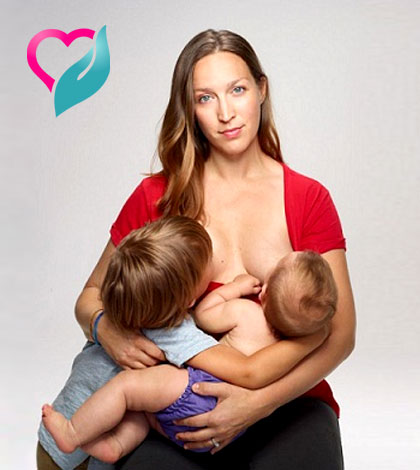 The mother who nurses her baby must drink plenty of milk every day. Many complain that after the advent of tea or coffee, even the smell of milk is not relished.

They must force themselves to drink pure milk. In a few days they would get back their taste for this natural food. The infant requires great quantities of calcium, protein, phosphorous, minerals and salts for its growth. It is during this period that the bones, flesh, nerves and blood vessels attain phenomenal growth.

If the mother falls ill, suckling of the child should be stopped. Cow’s milk is the next best food. Fifteen months after the child’s birth, the mother’s milk will have little diet value. Instead of feeding the child on malts and cow’s milk, some mothers follow the awkward habit of breast feeding the child till they are three or four years old. This will cause ill-health to the mother and stun the growth of independence and intelligence in the child. The child must be made to forget the suckling habit through fun and frolic, which can be done only as an infant.

It is very evident in many emotional kids that they have been breast fed by their mother for a long period of time, hence making the weaning off very difficult and emotional for the child. Due to family or traditional pressure or just due to guilt, many mothers feed their child for more than one year.  After a year there is little or no goodness in the mother’s milk. Mother’s who refuse to accept it, go through the strenuous habit of breast feeding and weaning them late. This takes an emotional and physical toll on the mother’s health too. The mother who has to spend her energy loving and being there for her child is made to take stringent actions in being away from the child. This instils an insecure feeling in the child which takes a long time to overcome.

The older the kids, the more emotional trauma the child needs to go through to wean them off this habit. Hopefully through this article fathers and grandmothers help the mother to wean off the baby after one year to give them the best experiences of motherhood. Remember there is NOTHING good you are preventing the child from having at the age of one. But by NOT WEANING at a young age, the child has to grow through an emotional phase as a toddler which reflects on their character. For health reasons lets wean the baby slowly after the first birthday.

2 thoughts on “When to stop breast feeding”