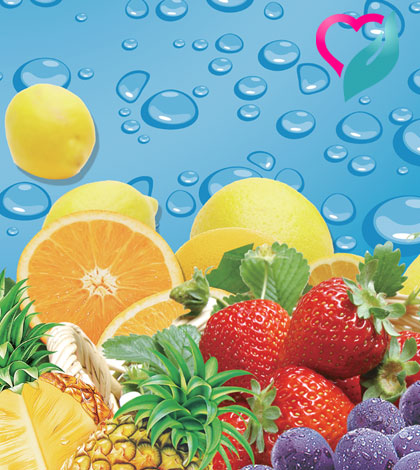 Are you obsessed with organic produce? You may think that organic fruits and vegetables don’t need to be cleaned and inspected like conventionally grown produce, since they are not covered in pesticides.

However, you should always carefully clean and inspect all fruits and vegetables since there is a good chance other things besides pesticides and chemicals are lurking on their surface.

Although organic vegetables and fruit are not grown with pesticides or chemicals, they can be cultivated with natural soil enhancers and fertilizers such as manure, bone meal, and worm castings. Plus, before you buy fruits and vegetables in stores, they could have been handled by farming staff, farming equipment, market employees and other shoppers.

As consumers we do not have any control on the pesticides that is sprayed on fruits and vegetables in the farms, but there are some quick do-it-yourself techniques that can help us get rid of the residues to a large extent.

The National Institute of Nutrition (NIN), released the Dietary Guidelines for India recently. The guidelines talk about some simple steps which should be adopted by every household to remove the pesticide residual contamination.

The first step in the removal of pesticide residues from the food products is washing. Washing with 2% of salt water will remove most of the contact pesticide residues that normally appear on the surface of the vegetables and fruits.

About 75-80% of pesticide reduces are removed by cold water washing. The pesticide residues that are on the surface of fruits like grapes, apples, guava, plums, mangoes, peaches and pears and fruity vegetables like tomatoes, brinjal and okra require 2 to 3 washings. 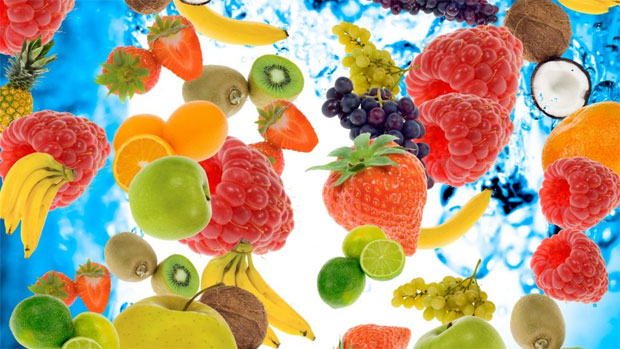 Washing Fruit and Vegetables with Vinegar

One part vinegar mixed with three parts water is great for removing bacteria, and may help break down wax, too. The quickest way to do this at home is to keep a bottle of vinegar with a spray top. Just spray the fruit or vegetables with vinegar, then rinse under a tap. If you’ve got longer to spare, leave fruits or vegetables soaking for 10-20 minutes in a vinegar/water solution, then rinse.

There are many commercial fruit cleaners available on the market, some of which are made up of 100% natural produce – normally some form of citric acid. These claim to remove wax, pesticides and 99.9% of bacteria (including E.coli, salmonella, Staphylococcus aureus, etc).

Make Your Own Fruit and Vegetable Super-Cleaner

You can opt for a simple detergent or vinegar-based wash, or make a super-wash using either of the following mixes:

For particularly waxy fruit or vegetables, try this mixture:

This is often the best way to substantially reduce the pesticide load, especially from apples, which are the most contaminated of all the fruits and vegetables. Pears, nectarines and peaches can also be peeled, as can many vegetables. Wash the fruit or vegetables well before peeling or you end up transferring pesticides (or bacteria) to the peeled fruit or veg.

Eat only the inner layers of produce that you won’t be cooking, such as lettuce and other salad vegetables (including onions). Discard the outer layers, as these will have more pesticides on them from crop spraying.

Combine the following ingredients in a spray bottle. One cup water, 1 cup white vinegar or cider vinegar, 1 tablespoon baking soda, 2 tablespoons lemon, spray the mixture on fruits and vegetables. Allow the mixture to sit for about five minutes. Rinse it off with water. Give items a final visual inspection.

Recent researches suggest that pesticides and other poisonous chemicals used in growing fruit and vegetables could be putting young children at risk of developing cancer in later life.

Foods that Contain the Highest Amount of Pesticides

Real-world people shop at local shops and supermarkets and real-world affordable fruits and vegetables contain pesticide residue. Not everybody can buy organic, not everybody is a gardener. When buying produce, to ensure freshness, buy local as much as you can. Local produce can guarantee that the product is both free of pesticides and full of nutrients. Further to this, you will also avoid any potential foods that may have been genetically modified.