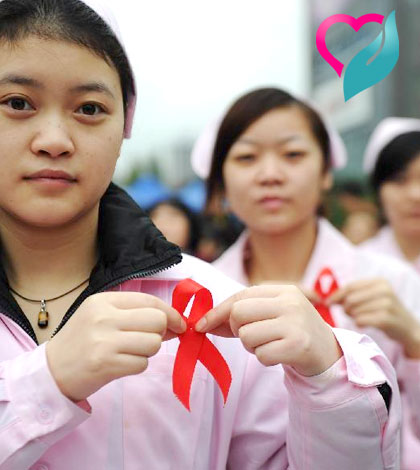 The three innocent letters have been the symbol of doom for mankind for many years. At least 35 million people around the planet live with HIV, and it kills over 1.7 million people each year. Treating it has been one of the biggest medical problems of our time. In this article, EHC is trying to understand the disease, its causes, and investigates if mosquitoes can transmit it.

To understand HIV, let us break it down:

H – Human – This particular virus can only infect human beings.

I – Immunodeficiency – HIV weakens your immune system by destroying important cells that fight disease and infection. A “deficient” immune system cannot protect you.

V – Virus – A virus can only reproduce itself by taking over a cell in the body of its host.

Human Immunodeficiency Virus is a lot like other viruses, including those that cause the flu or the common cold. But there is an important difference – over time, your immune system can clear most viruses out of your body. That is not the case with HIV – the human immune system can’t seem to get rid of it. Scientists are still trying to figure out why.

We know that HIV can hide for long periods of time in the cells of your body and that it attacks a key part of your immune system – your T-cells or CD4 cells. Your body has to have these cells to fight infections and disease, but HIV invades them, uses them to make more copies of itself, and then destroys them.

Over time, HIV can destroy so many of your CD4 cells that your body can’t fight infections and diseases anymore. When that happens, HIV infection can lead to AIDS. 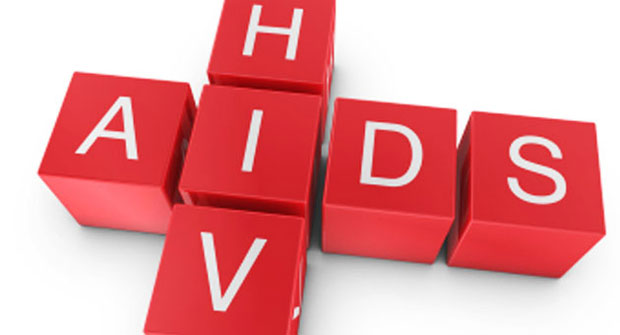 A – Acquired – AIDS is not something you inherit from your parents. You acquire AIDS after birth.

I – Immuno – Your body’s immune system includes all the organs and cells that work to fight off infection or disease.

D – Deficiency – You get AIDS when your immune system is “deficient,” or isn’t working the way it should.

S – Syndrome – A syndrome is a collection of symptoms and signs of disease. AIDS is a syndrome, rather than a single disease, because it is a complex illness with a wide range of complications and symptoms.

Acquired Immunodeficiency Syndrome is the final stage of HIV infection. People at this stage of HIV disease have badly damaged immune systems, which put them at risk for opportunistic infections (OIs).

You will be diagnosed with AIDS if you have one or more specific OIs, certain cancers, or a very low number of CD4 cells. If you have AIDS, you will need medical intervention and treatment to prevent death.

Scientists believe HIV came from a particular kind of chimpanzee in Western Africa. Humans probably came in contact with HIV when they hunted and ate infected animals. Recent studies indicate that HIV may have jumped from monkeys to humans as far back as the late 1800s.

How do you get HIV?

HIV is found in specific human body fluids. If any of those fluids enter your body, you can become infected with HIV.

HIV lives and reproduces in blood and other body fluids. We know that the following fluids can contain high levels of HIV – blood, semen, pre-seminal fluid, breast milk, vaginal fluids, and rectal mucus. Other body fluids and waste products—like feces, nasal fluid, saliva, sweat, tears, urine, or vomit—don’t contain enough HIV to infect you, unless they have blood mixed in them and you have significant and direct contact with them.

How is HIV Transmitted Through Body Fluids?

HIV is transmitted through body fluids in very specific ways.

During pregnancy, childbirth, or breastfeeding: Babies have constant contact with their mother’s body fluids-including amniotic fluid and blood-throughout pregnancy and childbirth. After birth, infants can get HIV from drinking infected breast milk.

Injection drug use: Injecting drugs puts you in contact with blood of your own and others, if you share needles and “works”. Needles or drugs that are contaminated with HIV-infected blood can deliver the virus directly into your body.

Blood transfusion: Transfusion with infected blood or an organ transplant from an infected donor.

Many people who are HIV-positive do not have symptoms of HIV infection. Often people only begin to feel sick when they progress toward AIDS (Acquired Immunodeficiency Syndrome). Sometimes people living with HIV go through periods of being sick and then feel fine.

As early as 2-4 weeks after exposure to HIV (but up to 3 months later), people can experience an acute illness, often described as “the worst flu ever.” This is called acute retroviral syndrome (ARS), or primary HIV infection, and it’s the body’s natural response to HIV infection. During primary HIV infection, there are higher levels of virus circulating in the blood, which means that people can more easily transmit the virus to others.

Symptoms can include fever, chills, rash, night sweats, muscle aches, sore throat, fatigue, swollen lymph nodes, and ulcers in the mouth. It is important to remember, however, that not everyone gets ARS when they become infected with HIV.

After the initial infection and sero-conversion, the virus becomes less active in the body, although it is still present. During this period, many people do not have any symptoms of HIV infection. This period is called the “chronic” or “latency” phase. This period can last up to 10 years, sometimes longer.

When a mosquito transmits a disease agent from one person to another, the infectious agent must remain alive inside the mosquito until transfer is completed. If the mosquito digests the parasite, the transmission cycle is terminated and the parasite cannot be passed on to the next host. Successful mosquito-borne parasites have a number of interesting ways to avoid being treated as food. Studies with HIV clearly show that the virus responsible for the AIDS infection is regarded as food to the mosquito and is digested along with the blood meal.

Insect-borne disease agents that have the ability to be transferred from one individual to the next via contaminated mouthparts must circulate at very high levels in the bloodstream of their host. An AIDS-free individual would have to be bitten by 10 million mosquitoes that had begun feeding on an AIDS carrier to receive a single unit of HIV from contaminated mosquito mouthparts.

Mosquitoes are Not Flying Hypodermic Needles

Many people think of mosquitoes as tiny, flying hypodermic syringes, and if hypodermic needles can successfully transmit HIV from one individual to another, then mosquitoes ought to be able to do the same. The mosquito’s feeding apparatus is an extremely complicated structure that is totally unlike the crude single-bore syringe. Unlike a syringe, the mosquito delivers salivary fluid through one passage and draws blood up another. As a result, the food canal is not flushed out like a used needle, and blood flow is always unidirectional. In short, mosquitoes are not flying hypodermic needles and a mosquito that disgorges saliva into your body is not flushing out the remnants of its last blood meal.