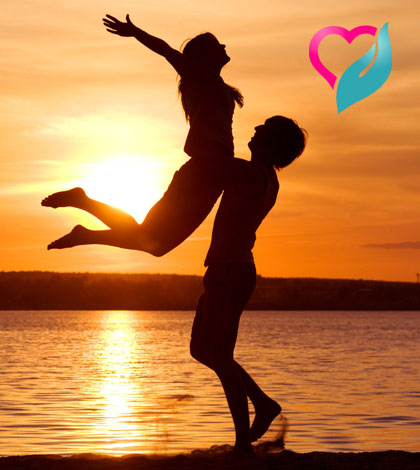 Being in love is very good for you because our emotional health is strongly tied to our physical health.

Love certainly feels good. Many people have been longing for love ever since they were born in this world. Everyone falls in it and why the effort to elude its trap when it makes us feel good after all. But physical effects of love and just how simple it is to get the benefits may surprise you.

Several studies indicate that married people who have plenty of love in their lives tend to be healthier than those who remain single. Love can keep you healthy mentally, physically, socially and spiritually too. Here are a few documented benefits of love:

How Love Keeps You Healthy

To understand the health benefits of love in a relationship it’s important to understand the meaning and definition of “Love”. Love has so many meanings and interpretations. Countless people in the world struggle with defining what “Love” really means to them

Love is an emotion of strong affection and personal attachment.

Love is also a virtue representing all of human kindness, compassion, and affection; and “the unselfish loyal and benevolent concern for the good of another”.

It doesn’t just put a sparkle in your eye—love can fight disease, boost immunity, and lower stress 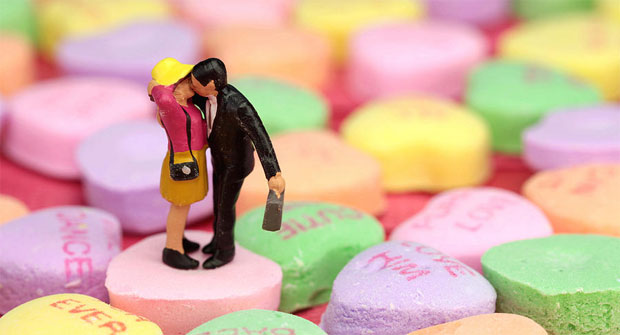 Love is known to bring about many positive emotions. Laughter is one of those emotions. And laughter is known to be healing to the soul and good for your mental well-being. As they say, “laughter is the best medicine”. It’s a very powerful antidote to fight stress, conflict, and pain both mentally and physically. Love also has the power to heal and renew ones mental, emotional, and physical well being. Research shows that loving acts neutralize the kind of negative emotions that adversely affect immune, endocrine, and cardiovascular function.

Having love in your life might just save you from the flu. A recent study showed that a five-minute episode of feeling genuine care or compassion enhanced the whole immune system, causing a gradual increase in the release of immunoglobulin A (IgA), your body’s natural antibody against colds, flu and other invading germs.

Even watching movies about love, petting an animal and practicing selfless service for others has been shown to increase levels of IgA.

The couples who displayed the most negative behavior during the fights also showed the largest decline in immediate immune system functioning. Those who argued in a more loving, positive way had higher immediate immune function

New lovers may not only seem happier and healthier, but they may appear smarter too. Chemicals released over the course of the first few years of a relationship can increase nerve growth and new brain cells.

Researchers at the University of Iowa found that ovarian cancer patients in strong relationships had more potent “natural killer” cell activity at the site of their tumors than those who weren’t in healthy relationships. Also found that wounds heal faster in people who are in a loving relationship. According to the study, the blister wounds healed nearly twice as fast in couples who were happy and calm compared to those who appeared hostile or depressed. Researchers also found that people who are in love are less likely to get sick by the viruses of cold and flu.

There have been studies that show even patients who are diagnosed with cancer have recovered from cancer treatment faster when they had strong family connections. Also, those in loving partnerships recovered quicker or completely eliminated the cancer with no scientific explanation other than the fact the patient had great love and support from close family and friends.

The feeling of “butterflies in your stomach” is an actual physical reaction caused when our body responds to the strong”attraction” that is felt when one is “falling in love” or “in love” with someone else. Physically your heart rate increases which causes increased blood flow to all parts of your body including your sexual organs. This actually has a positive effect on the mind and body. Research suggests that happy couples who engage in positive conflict resolution have higher functioning immune systems than those who don’t

People in healthy relationships tend to be more confident in all areas of their life and less prone to depression. They’re often more capable of achieving and maintaining their professional and personal goals
Furthermore being compassionate and loving to those close to you is bound to have you feeling good about yourself mentally, emotionally and physically too.

7. Love can keep you slim

It is very common for people to lose weight when they start loving somebody. “Being in love causes your body to pump out a neurotransmitter called adrenaline, which acts as an appetite suppressant.”
“Since all that adrenaline is keeping you alert, you are less likely to have late night food cravings or feel the need to nibble when you aren’t really hungry, which helps avoid putting on extra weight. Also, chances are that being in love will get you motivated to exercise more to look and feel your best for your partner,” he continues.

Love can be a very effective way of reducing stress levels. When in an intimate relationship, the adrenaline glands produce dehydroepiandrosterone (DHEA) hormone that acts as a stress buster. A passionate relationship relieves tension, reduces negative energy and produces a sense of well being. Furthermore, the support of someone who loves you can help you cope better when you are facing a stressor.

Lack of love causes social isolation which increases the risk of early death by up to five times. A study confirmed that married people live longer because they feel loved and connected as oppose to the isolated ones. Since 1979, the National Longitudinal Mortality Study has been studying more than a million subjects and found that unmarried people are being outlived by the married ones.

Another study found that married people have shorter average hospital stays and fewer doctor’s visits. Researchers believe that this is due to the fact that people in good relationships take better care of themselves. Also, marriage contributes to a decline in drug abuse and heavy drinking, especially among young adults.

3 thoughts on “Health Benefits of Love”