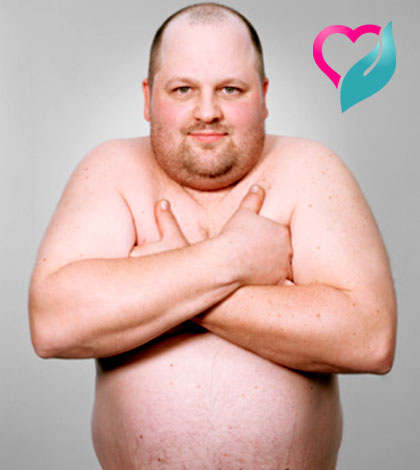 It originated from the Greek words for “women-like breasts.” It affects an estimated 40% – 50% of the male population. It is the abnormal development of breast tissue in males.

Enlargement of male breast tissue is associated with proliferation of glandular tissue. Enlargement is concentric around the areola, with a definite disc of tissue palpable. Usually bilateral, may be tender, but not usually painful. Diagnosis of gynecomastia is made by palpating the breast tissue.

Gynecomastia results from an imbalance in hormone levels in which levels of estrogen (female hormones) are increased relative to levels of androgens (male hormones). Gynecomastia that occurs in normally-growing infant and pubertal boys that resolves on its own with time is known as physiologic gynecomastia.

All individuals, whether male or female, possess both female hormones (estrogens) and male hormones (androgens). During puberty, levels of these hormones may fluctuate and rise at different levels, resulting in a temporary state in which estrogen concentration is relatively high. Gynecomastia caused by transient changes in hormone levels with growth usually disappears on its own within six months to two years. Occasionally, gynecomastia that develops in puberty persists beyond two years and is referred to as persistent pubertal gynecomastia.

A number of medical conditions may also result in gynecomastia. 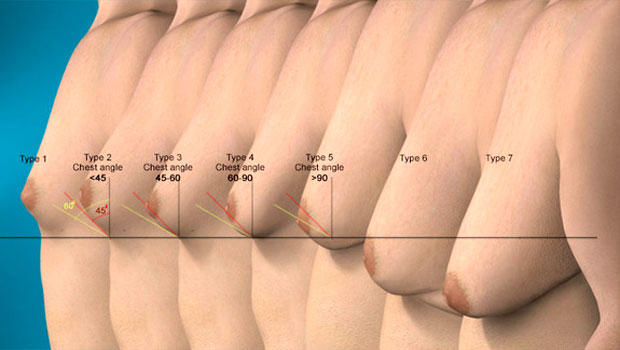 Gynecomastia can also be a side effect of a number of medications. Examples of drugs that can be associated with gynecomastia are listed below.

As mentioned before, gynecomastia is the enlargement of glandular tissue rather than fatty tissue. It is typically symmetrical in location with regard to the nipple and may have a rubbery or firm feel. Gynecomastia usually occurs on both sides but can be unilateral in some cases. The enlargement may be greater on one side even if both sides are involved. Tenderness and sensitivity may be present, although there is typically no severe pain.

The most important distinction with gynecomastia is differentiation from male breast cancer. Cancer is usually confined to one side, is not necessarily centered around the nipple, feels hard or firm, and can be associated with dimpling of the skin, retraction of the nipple, nipple discharge, and enlargement of the underarm lymph nodes.

How is Gynecomastia Diagnosed?

The definition of gynecomastia is the presence of breast tissue greater than 0.5 cm in diameter in a male. In most cases, gynecomastia can be diagnosed by a physical examination. A careful medical history is also important, including medication and drug use. If there is a suspicion of cancer, a mammogram may be ordered by a health care practitioner. Further tests may be recommended to help establish the cause of gynecomastia in certain cases. These can include blood tests to examine liver, kidney, and thyroid function. Measurement of hormone levels in the bloodstream may also be recommended in some cases.

Gynecomastia, especially in pubertal males, often goes away on its own within about six months, so observation is preferred over specific treatment in many cases. Stopping any offending medications and treatment of underlying medical conditions that cause gynecomastia are also mainstays of treatment.

Treatments are also available to specifically address the problem of gynecomastia, but data on their effectiveness are limited, and no drugs have yet been approved by the U.S. Food and Drug Administration (FDA) for treatment of gynecomastia. Medications are more effective in reducing gynecomastia in the early stages, since scarring often occurs after about 12 months. After the tissue has become scarred, medications are not likely to be effective, and surgical removal is the only possible treatment.

Medications that have been used to treat gynecomastia include: