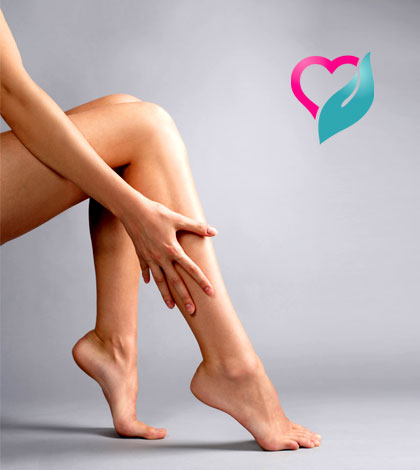 A patient of mine thought he was having back problems, and that his legs were hurting as a result. As it turns out, that pain may have saved his life!

As he turned 55, he figured he just needed to do some back-strengthening exercises, so he found a personal trainer to help him. But despite the workouts, his leg pain got worse making it hard for him even to walk from the car to the store entrance. He and the trainer suspected something else was wrong and he sought medical advice.

Soon his tests revealed the true cause: blockages in the blood vessels of his legs. In fact, the arteries going to his lower extremities were nearly 100 percent blocked. The cause? Years of heavy smoking and high-fat meals. These had caused cholesterol, scar tissue, and blood clots to build up inside his blood vessels.

Most people think this kind of clogged artery disease or arteriosclerosis only happens in the heart. But as this case shows, it can happen throughout the body. When it does, it is called peripheral arterial disease or PAD. In some people PAD causes leg pain that acts as an early warning that there is a high risk for a heart attack or a stroke.

In fact, nearly a quarter of people who have leg pain due to PAD will be dead in five years, mostly due to heart attacks and other heart problems, George says. For people whose leg pain kept them from walking even short distances, the odds are even worse: as many as half will die by five years. Fortunately, my patient got diagnosed and treated before that happened to him. We performed a bypass operation to open his blocked leg arteries, similar to the bypasses that heart patients have. A recent checkup showed he’s doing well.

It was a wakeup call for him who has quit smoking and changed his eating habits. He tells me, “You know that old saying, ‘Where there’s smoke, there’s fire’? I’m sure that I not only have the vascular issues in my lower extremities, but I’m sure I have them in other parts of my body too.”

Let’s see who is the most at risk for PAD. People over 50, smokers, people with diabetes, people with high blood pressure, people with high cholesterol, and people who are overweight or obese. In other words, it’s the same group of individuals who have a high risk of heart attack and stroke.

So, the advice for preventing PAD, or stopping it before it gets serious, is largely the same as the advice for preventing a heart attack or stroke: Quit smoking, eat healthier, get more exercise, control your blood sugar if you have diabetes, lose weight, and get your blood pressure and cholesterol levels checked. You may ask your doctor if you should take a daily aspirin to prevent clots, or drugs to reduce your blood pressure and cholesterol.

Even though PAD makes people’s legs hurt or feel tired when they walk or exercise, a symptom that doctors call “claudication” which feels like a cramp, one of the best things to do is to walk more. The more a patient walks, the more likely it is that they will develop little ‘detour’ blood vessels, called ‘collateral’ vessels, around the obstruction. The large majority of people can develop these vessels that will ease the pain. 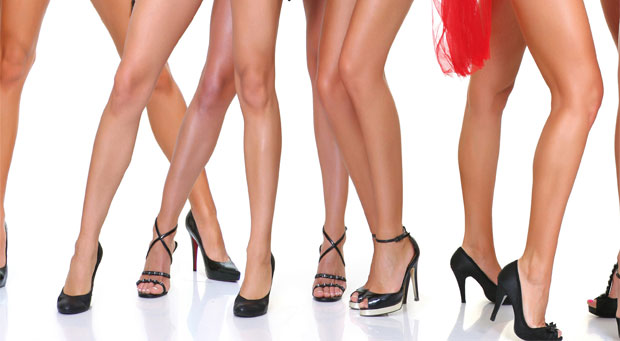 But in some people, PAD has already gotten bad enough to cause pain or numbness even when the person is sleeping. It is called “rest pain.” This pain often awakens patients from sleep. It most often occurs in the ball of the feet and may feel like someone has wrapped a bandage around the foot. This level of symptoms is ominous, because it indicates a more severe blockage without adequate collateral vessels.

Another sign of severe PAD is the development of painful sores, or ulcers, on the feet and toes. These occur because the blood flow to the lower leg isn’t enough to feed the tissue, and it begins to break down. People with diabetes, whose bodies have an especially hard time healing such ulcers, are most at risk. Left untreated, skin ulcers can get worse and even turn into gangrene often leading to amputation.

The vast majority of PAD cases are nowhere near this serious. But people who don’t get help at the first sign of symptoms may find their problem becoming much worse over time.

So, my recommendation is that anyone who has discomfort in their leg or legs, especially new pain that lasts more than a week, should talk to a doctor. She or he might perform a Doppler examination, a painless non-invasive ultrasound test that detects blood pressure in the extremity. The Doppler test can tell whether someone has PAD and how bad the blockage might be. Depending on the result, the doctor might recommend an MRA (magnetic resonance arteriogram) of the leg, or a conventional arteriogram that involves injecting dye into the leg arteries through a device called a catheter.

If a severe blockage is found, there are several options. Two are similar to those for heart patients: a minimally invasive procedure like an angioplasty that opens blockages with a tiny balloon, or bypass surgery to place a new graft to carry blood into the blocked area.

There are also promising new options on the horizon, to help the body grow new blood vessels in the blocked area. There is an experimental new gene-therapy treatment called Multi-Gene-Angio which is under way at the University of Michigan. The Multi-Gene-Angio trial takes cells from a vein in the patient’s arm, adds in new genes that encourage the growth of blood vessels, and then injects the cells into the blocked artery using a minimally invasive technique. Right now, it’s still being tested for safety and to find the right dose of cells, says Michael Grossman, M.D., the University interventional cardiologist who is leading the study. But if the study proves successful, it may one day become a new treatment option for patients. Until that day, the best weapon against PAD is the better knowledge of the fact that pain in the legs is more than an inconvenience. Rush to your doctor for that little leg pain you have; it might save your life!

One thought on “What Legs Say About Your Heart”