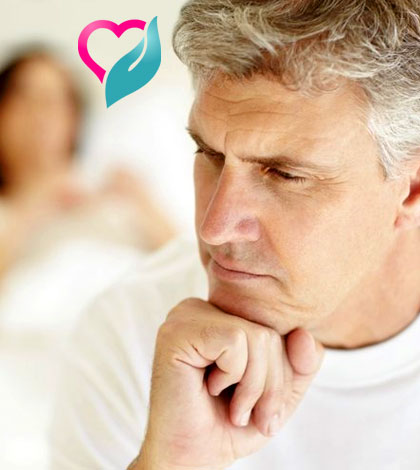 Sweaty, sleepless nights. Inexplicable grouchiness. Weight gain. Headaches. No sex drive… If you think these are only for women, well.. you need to know more. And these are not just bad behavior of middle-aged men.

Female menopause has been known for centuries, but it has only recently been discovered that males also go through a similar phenomenon with identical symptoms. The medical profession has long debated the existence of male menopause. Does it really exist? If so, at what age does it affect men? What are the symptoms? What precautions can a man take to prevent/postpone its arrival? How is it similar to/ different from female menopause?

The Facts on Andropause

Although all the causes of male menopause have not been fully researched, some factors that are known to contribute to this condition are:

Symptoms of Androgen Deficiency or Andropause

Circulation and the nervous system

Complications associated with andropause include an increased risk of cardiovascular problems and osteoporosis (brittle bones).

Tips to Cope with Change

Exercise is a good thing to do for anyone. It keeps the body’s metabolism strong, preventing mid section bulge. Exercise also helps to stop the decline in testosterone levels. You don’t need to do a lot of activity, just a nice twenty minute walk three times a week can help maintain and control fat buildup. As the pounds decrease, many of the above-mentioned symptoms will diminish eventually eliminating male menopause.

Another natural treatment is to increase your Vitamin C intake. Increasing your Vitamin C intake to 1,000-3,000 mg a day for about a month or two will also prevent testosterone levels going down. Taking vitamins and supplements that work to decrease the levels of free radicals will help protect the pituitary gland that controls hormone production. Increase your daily intake of cruciferous vegetables, including broccoli, brussel sprouts, cabbage, and cauliflower. These vegetables will help break down estrogen levels and prevent it from overtaking testosterone.

The next natural treatment to prevent and eliminate male menopause is to take soy products. Soy will help increase your liver’s ability to process and eliminate excess estrogen, which will leave more testosterone in your system. Drink one cup of soymilk a day. If you don’t like soymilk, you can take 30-50 mgs of the isoflavones supplement a day. One last thing to do is to stop eating grapefruit, which can prevent the liver’s ability to decrease excess estrogen levels.

To conclude, it may be stated that the andropause does exist. Some call it “man-o-pause” and some experts pefer the term “male climacteric” and abbreviation lovers call it ADAM (Androgen Deficiency in the Ageing Male). However enigmatic the name is, the male menopause is a reality and as Theodore Roosevelt puts it, “Old age is like anything else. To make a success of it, you’ve got to start young.”

One thought on “Male Menopause or Andropause: Myth or Reality?”