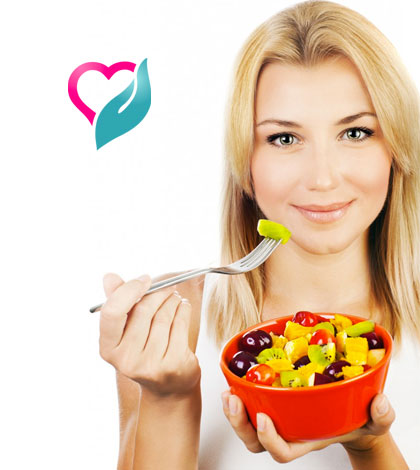 Exposure to ultraviolet (UV) radiation is a major risk factor for most skin damages. It can cause sunburn, skin cancer, and early wrinkles. Sun exposure causes most of the skin changes that we think of as a normal part of aging.

Over time, the sun’s UV light damages the fibers in the skin called elastin. When these fibers break down, the skin begins to sag, stretch, and lose its ability to go back into place after stretching.

Obviously, the best way to shield your skin from harmful UV rays is with loads and loads of sunscreen. In the little long run, you need a two-pronged defense plan — preventing the rays externally, while undoing the damage internally. That is where diet is key. In fact, studies have shown that a Mediterranean diet reduces your risk of skin cancer and minimizes signs of aging.

Even with sunscreen or covering up with a hat and long sleeves, there is no way we can avoid all sunlight exposure. Fortunately, studies have concluded that eating antioxidants helps to protect skin from sun damage.Certain foods contain nutrients that help it repair and rejuvenate itself. But then the amount of antioxidants in your blood decreases when your skin is exposed to sunlight. So it is important to make sure there is a consistent presence of antioxidants in the skin. The following foods are the way to go. Read on.

Bright red tomatoes — the redder, the better — are loaded with lycopene, an antioxidant known to protect your skin from the sun. It is most easily absorbed when the tomatoes have been cooked because the process helps release the lycopene from the plant cells.

Instead of tossing those squash seeds, you may want to toast them up for a skin-saving snack. They are a great source of zinc, a trace mineral that acts as a natural antioxidant and anti-inflammatory, protecting against UV radiation, enhancing wound healing, and boosting the immune system. 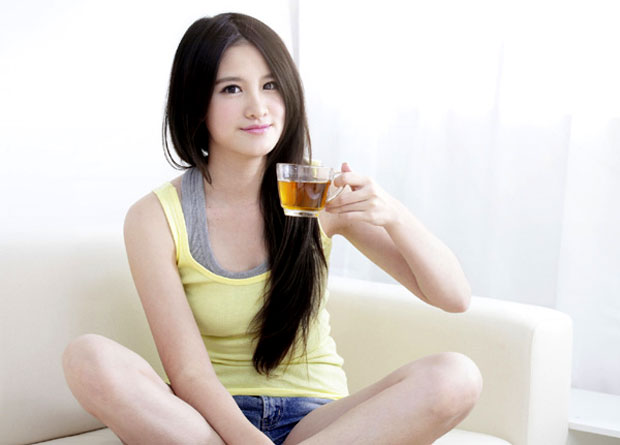 Scientists have discovered that an antioxidant in green tea, epigallocatechin-3-gallate (EGCG), fights inflammation in the skin. EGCG neutralizes free radicals, reducing their ability to cause damage that leads to inflammation. It even helps prevent wrinkles and other skin issues. Green and white teas are rich in polyphenols — particularly catechins — which have an inhibitory effect on cancer cells.

This fragrant, pine-scented herb helps fight inflammation in the body, undoing damage done by the sun and harmful environmental elements. Rosemary, sage, parsley, and basil are considered to be the most beneficial herbs.

Juicy and tart Montmorency cherries are your best source of the antioxidant melatonin. Other cherries have it, too, but Montmorency has the most. Melatonin protects the skin against ultraviolet radiation. Researchers have discovered that this powerful little nutrient also helps repair sunburned skin, since  it stimulates new skin-cell growth.

They are packed with skin-protecting nutrients like selenium. Crimini mushrooms have one of the highest selenium contents of all the foods we eat. This trace mineral is needed to make one of the body’s most potent antioxidants, glutathione peroxidase, which fights damaging compounds called free radicals that form in the skin during sunlight exposure.

Pomegranates have a high antioxidant content, and have been found to offer anti-inflammatory benefits to the skin. And scientists have discovered that nutrients in pomegranates can reduce the ability of UVB radiation to cause cancer-promoting damage in skin cells, including alteration of NF-kappa, a pre-cancerous biomarker.

Lycopene, a natural pigment and carotenoid found in tomatoes and other red and pink produce has been shown to aid in protection against some UV-induced skin irritations like erythema. Lycopene helps rid the body of free radicals. Beta-carotene — another type of carotenoid found in red and orange produce has been linked to reduced reactions to sunburns, and flavanoid-filled orange and pink citrus fruits have also been shown to improve the skin's ability to protect against UV rays.

Cruciferous vegetables, such as broccoli, kale and cauliflower, are packed with essential antioxidants that help fight those pesky free radicals. This family of veggies has also been linked to cancer prevention not only in the skin, but in a number of other organs as well. Research shows that broccoli sprouts, also in the cruciferous family, contain sulforaphane, which is linked to increasing the skin’s ability to protect itself from cancer.

Olive oil is high in omega-3 fats, with both antioxidant and anti-inflammatory benefits. Not only does it lower your risk of skin cancer, but it wards off signs of aging as well.

Vitamin C is key for building strong collagen and fighting wrinkles. While your first instinct might be to reach for an orange, red bell peppers contain even more of the youth-boosting vitamin.

Did you know that the rates of colon cancer and Alzheimer's disease in India are particularly low? It is believed to be due in large part to the amount of curcumin in their diet, a compound that protects against free radical damage. A key spice in yellow curries, tumeric is high in the disease-fighting antioxidant.

Vitamin C is your body’s primary water-soluble antioxidant when it comes to the health of your skin. Sun damage can cause free radicals to form. And free radicals, in turn, damage collagen, which helps to keep your skin looking healthy, beautiful, and young. Eating kiwi fruit can greatly increase collagen synthesis in your skin.

It is another healing food that is great for fighting the damaging effects of the sun. Researchers have discovered that avocado extract exerted a protective effect, increasing cell viability and enhancing DNA repair. When it comes to human skin, treatment with an avocado extract significantly reduced UV-induced cellular damage.

This comes next in the fight against free-radical damage. You can boost your nutrition health and your skin health by eating asparagus. This tasty vegetable contains silica, a trace mineral that strengthens your body’s connective tissue. Skin that is lacking in silica is generally weak and has lost its elasticity. When you lack sufficient silica, you will also notice that wounds take longer to heal.