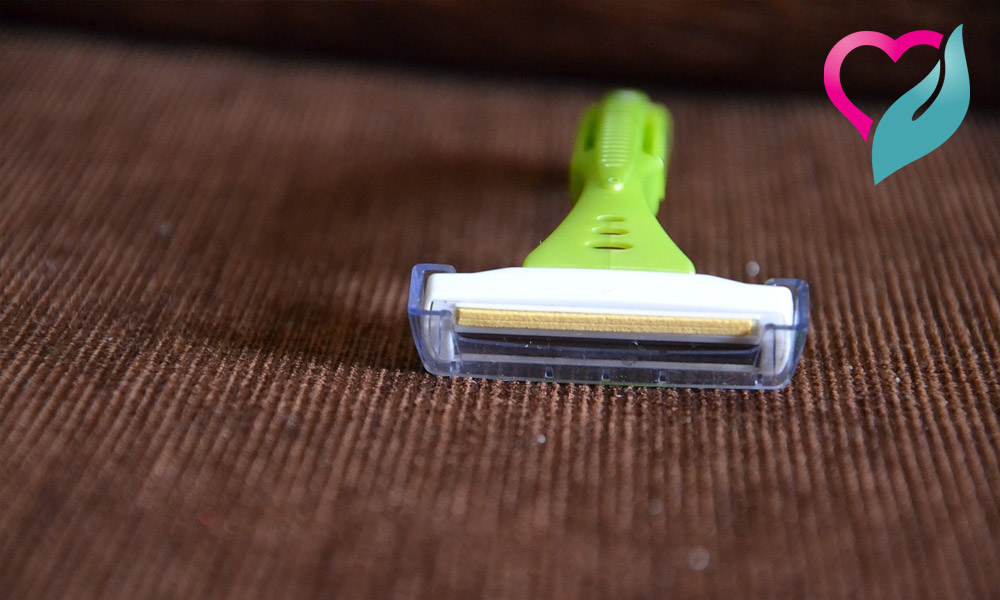 King Kong has obviously gone out of fashion! Having a hairless pubic area has been gaining popularity among women and men for some time now for those seeking a “clean” sexy look. The trend is spawned by the popularity of bikinis and thongs, certain hairless actors and models, and a misguided attempt at being more attractive to a partner.

Pubic hair is the hair in the frontal genital area of adolescent and adult humans, located on and around the sex organs, the crotch, and sometimes at the top of the inside of the thighs, in the pubic region around the pubis bone.

Although fine vellus hair is present in the area in childhood, pubic hair is considered to be the heavier, longer and coarser hair that develops during puberty as an effect of rising levels of androgens. Pubic hair is therefore part of the androgenic hair (or body hair) and is a secondary sex characteristic.

Pubic hair removal naturally irritates and inflames the hair follicles left behind, leaving microscopic open wounds. Since frequent hair removal is necessary to stay smooth, it causes regular irritation of the shaved or waxed area. When that irritation is combined with the warm moist environment of the genitals, it becomes a happy culture medium for some of the nastiest of bacterial pathogens, namely Group A Streptococcus, Staphylococcus aureus and its recently mutated cousin methicillin-resistant Staphylococcus aureus (MRSA). There is an increase in staph boils and abscesses, necessitating incisions to drain the infection, resulting in scarring that can be significant. It is not at all unusual to find pustules and other hair-follicle inflammation papules on shaved genitals.

Additionally, there could be cellulitis (soft-tissue bacterial infection without abscess) of the scrotum, labia and penis as a result of spread of bacteria from shaving or from sexual contact with strep or staph bacteria from a partner’s skin. Some clinicians are finding that freshly shaved pubic areas and genitals are also more vulnerable to herpes infections due to the microscopic wounds being exposed to viruses carried by mouth or genitals. It follows that there may be vulnerability to spread of other sexually-transmitted infections as well.

Pubic hair does have a purpose, providing a cushion against friction that can cause skin abrasion and injury, protection from bacteria and other unwanted pathogens, and is the visible result of long-awaited adolescent hormones, certainly nothing to be ashamed of or embarrassed about.

It is time to declare an end to the war on pubic hair, and allow it to stay right where it belongs.

According to the authors, the number of sexually transmitted cases has increased over the previous 10 years. Therefore, a team of researchers set out to determine whether the rise in the number of these infections might be associated with the increasing popularity of pubic hair removal. The new case study observed that the number of cases of molluscum contagiosum have risen along with rates of pubic hair removal. The researchers observed 30 patients at a private skin care clinic in Nice, France, all of whom were infected with the molluscum virus. Nearly all of them had removed their pubic hair, the vast majority by shaving, followed by waxing and then clipping. The finding supports the theory that hairless genitals may provide an opportunity for sexually transmitted diseases like molluscum to take hold, with shaving showing the strongest association.

Molluscum contagiosum is spread easily, and the study suggested the virus may have spread primarily through self-infection caused by scratching skin irritated by shaving. Other skin issues were also noted among the study participants, which may also have been related to the pubic hair removal. These included:

Looking at the current trend, there seems to be a growing feeling that there might be something unacceptable about the genital areas in their natural state. We would suggest you to revisit the part about pubic hair and if needed, give it a little trim than completely removing it or waxing it.