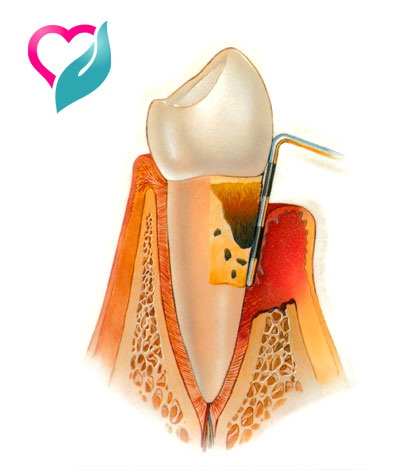 Periodontitis is the disease affecting the supporting areas of the teeth. The main reason behind it is the deposits and associated microorganisms. There are mainly two types of deposits (calculus or tartar) depending on the location it is seen.

How is it seen?

In the initial stages, there will be occasional bleeding while brushing. Gradually, there will be sensitivity to cold & hot beverages, bad breath and pain while chewing. As the bone loss advances, there will be loosening of the tooth in the mouth and pus formation and swelling on the gums. Ultimately if left untreated the person will lose his/her teeth one by one.

Mainly there are two types of gum diseases.

The first one is called aggressive periodontitis. Here the disease starts in the early twenties. It progresses in a faster manner. Usually it will be associated with a hereditary tendancy.

The second one is called chronic periodontitis. Here the problem starts in the middle age. It is usually associated with neglected oral hygiene.

In the initial stages normal dental scaling and polishing is only needed. As it advances deep scaling under local anesthesia should be done. As it further progresses laser treatment or flap surgery has to be done to save the teeth. If any tooth is in a condition that it is not at all possible to save it even by doing flap surgery, it has to be extracted either before or along with flap surgery because it can act as a focus of infection and it affects the health of other teeth as well.

Once the gum has come to a stable state, which takes around 3 to 6 months after flap surgery, the teeth lost or extracted need to be replaced in a permanent way. Proper oral hygiene maintenance and regular dental check up and scaling is a  must to maintain the health of gums. 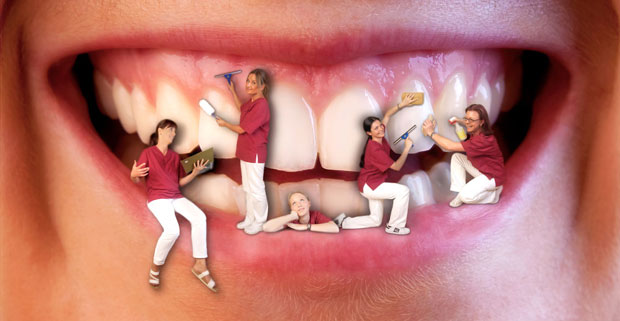 The golden rule for prevention of periodontitis is the proper maintenance of oral hygiene and regular dental check ups by a qualified periodontist.

Other factors which influence the cause and treatment of periodontitis are uncontrolled diabetes mellitus, smoking etc. Those have also to be kept at bay for a healthy and happy smile.