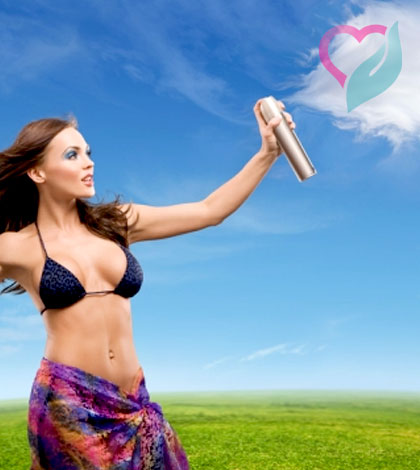 There’s virtually no place in the American business world that not only has these “fresheners” in every bathroom, but they’re also in lobbies, hallways, office spaces and, most frightening, nurseries worldwide.

According to the Global Campaign for the Recognition of Multiple Chemical Sensitivity (MCS), air fresheners work in one of four ways:

They go on to say that a 2002 EPA test found that fresheners plugged into electrical outlets react with common indoor air pollutants to produce toxic chemicals like benzene derivatives, pinene and limonene, aldehydes, phenol, and cresol. Pinene and limonene apparently react with ozone to create formaldehyde and other chemicals connected with respiratory problems. Other toxic chemicals found in air freshener plug-ins include benzyl alcohol, camphor (known to cause eye and skin irritation), dichlorobenzene (toxic to the nervous system), ethanol (derived from petroleum and considered carcinogenic), and more. The MCS concludes, “Indoor air quality experts recommend against using chemical air fresheners and/or chemical room deodorizers of any kind.” 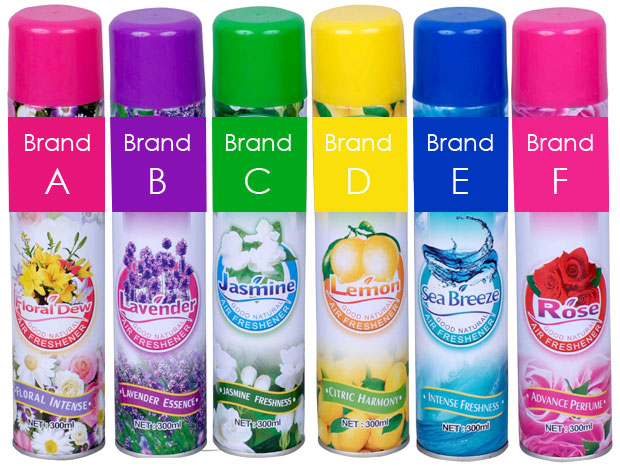 Homeowners are seduced through clever advertising to ensure that as many rooms as possible have these “fresheners” circulating various chemical scents throughout the house.  Gullible consumers can even extend this passion for perfumed air by installing “fresheners” in their cars, where a variety of chemically-induced scents fill the car’s interior.  Due to loopholes and favoritism regarding the chemical perfume industry, companies pushing these products aren’t even required to list the ingredients of anything labeled as “fragrance.”

In no way, shape or form does a chemically-scented fragrance and/or aerosols propelled by butane, propane or other toxins create an indoor environment of fresh air.  Chemical “deodorizers” or chemical air “fresheners” only mask other odors.  These products do absolutely nothing to improve the quality of indoor air, and in fact, can contribute to a host of ailments from headaches, high pulse rate and nausea; to mention a few.

Reports of the dangers of chemical air “fresheners” are just beginning to make the news.  A recent MSN article stated that being exposed to air “freshener” chemicals as little as once a week can increase your odds of developing asthma symptoms as much as 71 percent and can contribute to an increased risk of a number of pulmonary diseases.  [2]  The article went on to state that “A 2006 study showed that people with high blood levels of the chemical 1.4 dichlorobenzene — commonly found in air fresheners — were more likely to experience a decline in lung function

A September 2007 TIME magazine article, ‘How “Fresh” is Air Freshener’ reported that the Natural Resources Defense Council (NRDC) discovered that most chemical air “fresheners” contained variable amounts of substances called phthalates (pronouncedTHAL-ates).  Besides the use of phthalates used as sealants and adhesives and to soften plastics, they are also used to dissolve and carry fragrances.  The TIME article went on to report that “phthalates are commonly found in a variety of products, including cosmetics, paints, nail polish and children’s toys — and have long been at the center of a larger international controversy over their health effects.”

The U.S. Food and Drug Administration (FDA) has no regulations on the use of phthalates, does not require the labeling of phthalates content on products and does not consider the quantities to which people are exposed to be harmful, even though studies have suggested that high exposure to certain kinds of phthalates can cause cancer, developmental and sex-hormone abnormalities in infants, and can affect fertility.

NRDC’s independent testing of 14 common air fresheners, none of which listed phthalates as an ingredient, uncovered these chemicals in 86 percent (12 of 14) of the products tested, including those advertised as “allnatural” or “unscented.”

Natural Air Fresheners that Heal Instead of Hurt

Cut up fruit and place in boiling water, along with desired spices. My favorites are oranges, lemons, cinnamon sticks, whole cloves, and pieces of vanilla bean or vanilla extract. I add more water when it gets low. I simmer on and off for a day or two and then throw it out. The fruit looks pretty worn out by the time I’m done with it.

Essential oils are totally natural compounds extracted from parts of plants, flowers, and trees. They have been used throughout history for their medicinal and therapeutic benefits. Most essential oils have anti-microbial properties so they help purify the air while I’m enjoying their nice aroma.  Don’t mistake them for fragrance oils, which most likely contain narly chemicals.

To simmer essential oils, I add a few drops to a pot of boiling water. They are very concentrated so a little goes a long way. My favorite essential oil scents are orange, lemon, lime, grapefruit, vanilla absolute, cinnamon, ylang-ylang, and peppermint. Use one essential oil by itself or blend them to create a unique scent!

I had to try it. It’s not as simple as it looks. It was so hard to get the plastic thinning  off that holds the wick (the cigarette looking thing that soaks up the oil). I had to pry it with a tiny little screw driver. Finally it popped off, spraying chemical-laden fragrance oil all over the place. The whole process left my kitchen smelling exactly like what I was trying to avoid. It’s a week later and I can still smell whiffs of Bath & Body Works Eucalyptus Mint Oil. Boo.

I filled the bulb with 1/3 essential oil and 2/3 distilled water like the website recommended. The scent was hardly noticeable and the water evaporated so quickly, it was gone in a couple of days. With all the work involved and having to deal with the nasty fragrance oil, this is my least favorite idea of the bunch.

I fill my spray bottle half-full with filtered water. Then I add 8-10 drops of my favorite essential oils.  Label and store in a dark cupboard.