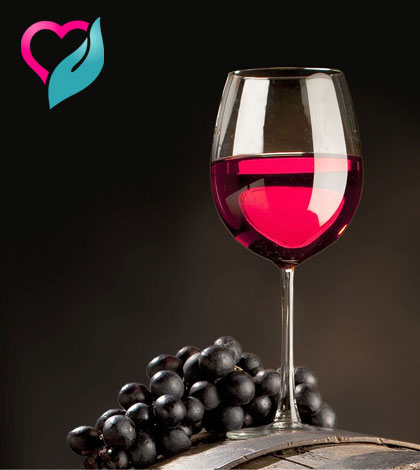 Researchers have puzzled over the ‘French Paradox’ for many years. The French have relatively low levels of cholesterol and less cases of heart disease, despite of the fact that their cuisine has high levels of saturated fat.

Many studies suggest that that the French are healthy due to the presence of red wine in their diet. Globally when we think of a healthy form of alcohol, red wine tends to be the top choice. Scientists agree that there is something in red wine that, when drunk in moderation, can help to protect the heart, reduce bad cholesterol, and prevent blood clots. EHC explores further into the pros and cons of drinking red wine and attempts to find out how much you should consume to live well.

Prevents tooth decay: For a perfect set of pearly whites, you should drink red wine. It hardens your enamel which in turn prevents tooth decay and the growth of bacteria. Polyphenols, something which is found in red wine, can reduce gum inflammation and prevent gum diseases.

Good sleep: Red wine contains melatonin which can help you sleep peacefully. Remember, you should drink it just once in a while. If you are facing sleeplessness regularly, you must consult a doctor.

Protects your heart: Resveratrol is one of the most powerful antioxidant compounds which can help reduce the saturated fat accumulated in the arteries. Red wine also contains flavonoids and saponins which protect you against cardiovascular diseases. But this does not mean you go on a drinking spree. Red wine, when drunk in moderation, works best and also raises your good cholesterol.

Breathe easy: Don’t you just hate it when you are down with cold and you can’t breathe easy because of a blocked nose? A report in American Journal of Epidemiology claims that those who drank red wine had forty four percent fewer colds than those who did not.

Skin health: The antioxidants in red wine can slow aging as well as help you reduce your fine lines and wrinkles. They can also help prevent type 2 diabetes and also keep your bones strong.

Long life: Scientists believe that red wine can elongate your life span to a certain extent. It also protects you from dementia and Alzheimer’s disease.

Looks like we have enough reasons to drink up this glass of red elixir once in a while, but here is a word of caution. You should drink red wine in moderation; about 150 ml of red wine is an ideal serving. It should be consumed by healthy people only. If you are suffering from any disease, you must consult a doctor before you start consuming red wine. 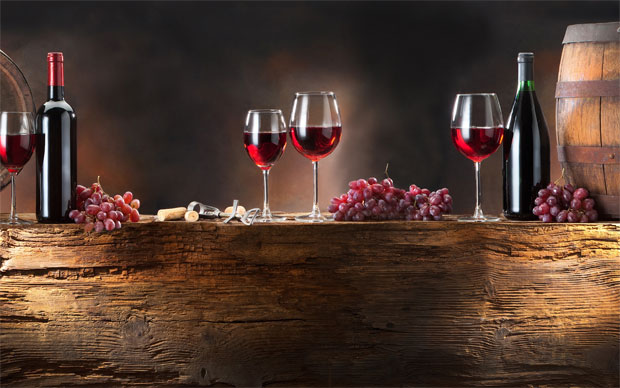 There could be health risks to drinking more than the recommended two glasses of wine per day. As with any form of alcohol, too much wine can cause damage to your body in different ways. Here are a few of the more well-documented ailments that are associated with drinking too much wine.

Obesity: Wine contains calories in varying proportions, depending on the type. For example, a large glass of sweet white wine can contain up to 200 calories alone. Fortified wines contain even more, sometimes hitting up to 380 calories in the case of ginger wine. Without proper exercise or eating habits, it can become a cause of obesity in adults.

Heart Disease: It is still a bone of contention amongst some scientists and dietitians, but it appears that drinking red wine in moderation can help defend against the onset of heart disease. However, the important word here is ‘moderation.’ Drinking wine in excess can have the opposite effect. Over time, the heart muscle can become weakened which leads to a condition known as cardiomyopathy. The heart muscle cannot pump the blood around your body as well as it should. This in turn can raise the risk of heart disease.

Stroke: Alcohol in excess is known to raise blood pressure in the body. An elevated blood pressure can be dangerous in those who are already at risk from strokes and heart conditions, as well as the elderly.  Although it is also known that drinking two glasses of wine per day can actively reduce the risk of suffering a stroke, any more can have the opposite effect.

Pancreatitis: Drinking too much wine can also be the catalyst in the onset of acute or chronic pancreatitis. It has been seen to manifest itself after particularly heavy bouts of binge drinking. Research is still ongoing into how exactly it is linked to the consumption of too much wine, so it would be a sensible idea to moderate daily alcohol intake for health reasons.

Fertility: Excessive drinking can also have a detrimental effect on the human body – both male and female – when it comes to fertility. In women, drinking too much wine can actively reduce fertility and has been linked to lower rates of conception. Even after becoming pregnant, too much wine can potentially cause birth defects and low birth weights in the babies. It can also increase the risk of suffering from a miscarriage. In men, erectile dysfunction, lowered testosterone levels and even poor motility of the sperm are all commonly documented side effects of drinking too much wine.

EHC emphasizes that alcohol should be consumed in moderation. It is not recommended that anyone begin drinking alcohol or drink more frequently on the basis of potential health benefits.

One thought on “The Good & Bad of Red Wine”