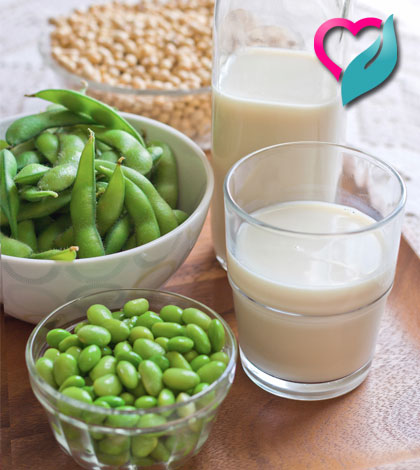 Honestly, I’m not looking for a fight.  In my real off-line life, I rarely talk about dietary choices with people unless they flat-out ask me my opinion.

Diet is a really personal thing, and people often feel defensive if their choices are questioned.  But the soy issue really concerns me, so I decided to take this opportunity to talk about the side of soy we don’t usually hear about.

You’re about to read some big, scientific-sounding words, but don’t let it phase you.   But I believe there are at least three good reasons for avoiding soy, and it’s important to understand them.  Here they are

Soy is known as a phyotestrogen.  This means that it contains natural compounds that mimic estrogen in our bodies.  This sounds like good news for some people, such as post-menopausal women.  But what are the effects of phytoestrogens on babies, little boys and little girls, young women and young men?

For babies on soy formula, a 1994 study shows that they are consuming the hormonal equivalent of up to 10 contraceptive pills a day.  Little systems can’t handle that overload; it puts children at risk for everything from early-onset puberty to permanent endocrine damage. This might surprise you: the governments of Israel,Switzerland, the UK, and New Zealand have all issued statements against the use of soy formula for babies.

Little boys who consume soy may have higher risks of testicular cancer, and little girls may face higher risks of breast and ovarian cancers, due to longer exposure to sex hormones.  There is also a possible link between soy and lower sperm counts in young men.

Just 100 grams of soy contains the hormonal equivalent of one contraceptive pill.  Considering all the hormonal diseases that are running rampant today in the West (including infertility), it seems wise to check our consumption of soy.

The thyroid is part of the endocrine system, just as the sex hormones are, so these two issues are intimately related.  The phytoestrogens in soy also act upon the thyroid to have a goitrogenic effect, which means they depress thyroid hormone production, slow down thyroid metabolism, and potentially cause an increase in the size of the thyroid (known as a goiter, hence the term goitrogenic).  All of that adds up to one thing: hypothyroidism.

I have had hypothyroidism since 2001, possibly earlier.  There are many symptoms of this disease, and it is often overlooked or misdiagnosed as depression (which at first happened to me).  In fact, some experts estimate that there are as many as nine million undiagnosed cases of hypothyroidism in the United States alone.  If you have any hypothyroid symptoms, try to eliminate soy from your diet right away. 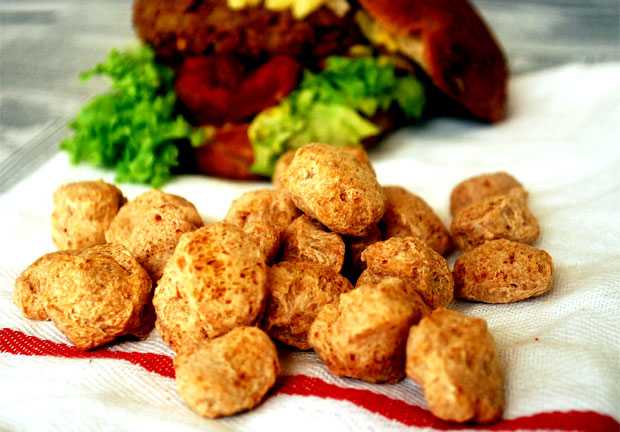 Anti-nutrients are chemicals and compounds that prevent nutrients from being properly used by the body.  Here are two examples of anti-nutrients found in soy:

Soy contains protease inhibitors, which frustrate the body’s digestion of protein.  Studies show that this could cause the pancreas to be over-worked in the digestion process, and eventually lead to pancreatic dysfunction.   Protease inhibitors are found in especially high amounts in raw soy – one reason raw soybeans are considered toxic.  Heating and processing the soy lessens the amount of protease inhibitors considerably, but it is never completely eliminated.

Soy (and many other grains, as well) contains phytic acid, which acts like a magnet for many important minerals, such as calcium, magnesium, zinc, and iron, therefore preventing their absorption into the body.  Though phytic acid can also help with ridding the body of unnecessary and/or unwanted heavy metals such as lead and mercury, this cleansing effect is bad news for those who rely heavily on soy for mineral content in their diet, such as those in developing nations.

What About Soy in Asian Cultures?

Many people are understandably surprised when they discover the negative effects of soy, and often point out that Asian cultures have eaten soy for thousands of years, with seemingly great health benefits.  There are two important factors to consider here.

In our home, we do occasionally eat small amounts of fermented soy, such as tamari and miso.  But we completely avoid the newer forms of highly processed soy products such as soy milk, soy protein isolate (common in protein and energy bars), soy protein powder, and soy cheese.  These products are outside the realm of historical understanding and consumption of soy in Asian cultures.  In addition, some of them, such as soy protein isolate, contain much higher concentrations of phytoestrogens than less-processed, more traditional soy forms. 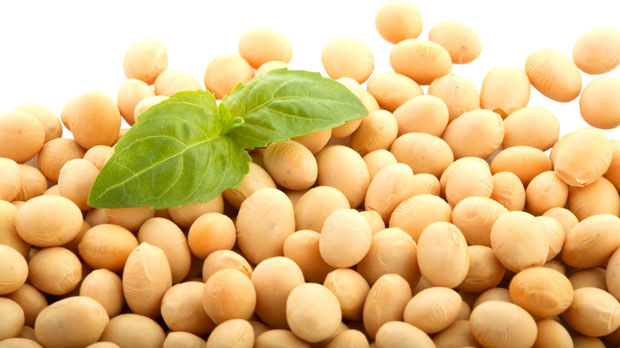 A Few Last Things To Consider

The soy industry is exactly that – an industry, with the goal of making money.  They want to convince us that soy is a miracle health food, and they have invested millions of dollars in marketing to do just that – quite successfully, I would add.  For every risk I mentioned above, there is another study that contradicts that risk and wants to call me crazy.

Soy is not without its benefits, I admit.  But I encourage you all to check out the facts for yourself.  There is just too much evidence of unnecessary risk for me to consider soy products to be an acceptable food source in our home.  What about you?

10 thoughts on “The Risks of Eating Soy Foods: 3 Reasons to Say No”