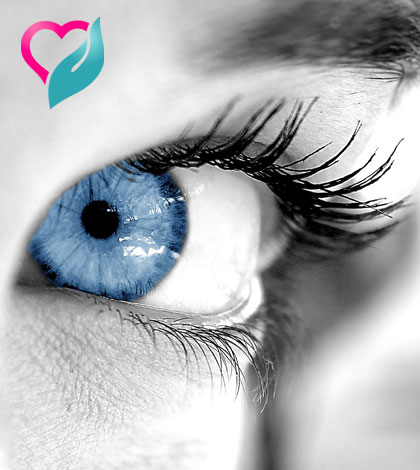 As the ancient proverb goes “eyes are the windows to the soul,” they certainly reflect signs of your health.

They indicate not only eye disorders like cataracts and glaucoma, but also systemic illnesses like diabetes and heart disease. Sometimes the signs of these diseases are visible in, on, or around the eyes long before symptoms appear.

“The eyes truly are unique real estate,” says Andrew Iwach, MD, associate clinical professor of ophthalmology at the University of California, San Francisco. “They’re the only place in the body where you can see a bare nerve, a bare artery, and a bare vein without doing any cutting. And the disease processes we see occurring in the eye are probably occurring in the rest of the body.”

Everyone should have a comprehensive eye exam by age 40. People who have a family history of eye problems should be seen earlier, and anyone who is having eye trouble should see a doctor right away. But people should not wait until they experience symptoms to see a doctor, because many eye problems are silent, meaning they cause no symptoms. Some ocular manifestations of systemic disease can be seen only by a trained specialist during the course of an eye exam. Others are plain for all to see. EHC brings you the most common eye signs and what they might be saying about your health.

• Bloody eye. The eye has a transparent outer layer called the conjunctiva which is nourished by numerous tiny blood vessels. If these burst, blood may pool on the white of the eye (sclera). A subconjunctival hemorrhage, as it is known among doctors, can be caused by a blow to the eye but in most cases has no obvious cause. In rare instances, a subconjunctival hemorrhage can be a sign of severe high blood pressure or a platelet disorder.

• Bulging eyes. Though prominent eyes may simply be a family trait, eyes that appear to bulge may be evidence of thyroid disease. Abnormal levels of thyroid hormone cause tissues surrounding the eye to swell, making it appear that the eye is bulging.

• Different-colored eyes.  Also called heterochromia iridis, this condition is usually inherited. A change in color may be due to bleeding, a foreign body in the eye, glaucoma, or inflammation in the eye.

• Droopy eyelid. This condition is known as ptosis and can be simply a sign of aging. But in rare cases it is evidence of a brain tumor or a neuromuscular disease known as myasthenia gravis.

• Pupil abnormalities. The pupils of healthy people are usually (but not always) symmetrical. They are usually of the same size, and they usually show the same reaction upon exposure to light. If one pupil is bigger than the other, or if one pupil shrinks less, or more slowly, on exposure to light, there could be an underlying medical problem. Possibilities include stroke, brain or optic nerve tumor, brain aneurysm, syphilis, and multiple sclerosis. Finally, many medications – including illicit drugs – can cause the pupils to appear unusually small or large.

• Rings on the cornea. A rare hereditary disorder known as Wilson’s disease can cause copper to accumulate in various tissues, including those in the brain and liver. Copper deposits sometimes form on the inner surface of the cornea These rings are themselves harmless, but without appropriate treatment, this can be fatal.

• Thickened eyelid. In very rare cases, a thickening or deformation of the eyelid is a sign of neurofibromatosis, a rare hereditary disorder marked by the growth of tumors along nerve fibers.

• Yellow eyes. Diseases of the liver, including hepatitis and cirrhosis, can turn the scleras yellow. The color is caused by the buildup of bilirubin, a compound created by the breakdown of hemoglobin, the oxygen-carrying molecule inside red blood cells.

• Large or cloudy eye. In an infant or young child, one eye that is larger than the other may be a late sign of congenital glaucoma. A white reflex in the pupil could be the sign of a congenital cataract, intraocular tumor or a parasitic infection.

• Crossed or wall-eye. In children this condition must be identified as soon as possible and is usually correctable. But in rare cases, it can be due to an intraocular tumor or neurologic disorder.

• Arterial plaques.  Atherosclerosis is the disease process that causes cholesterol plaques to form in arteries, including the carotid arteries in the neck and the coronary arteries. Bits of cholesterol can break away from these plaques and travel via the bloodstream to the eye, where they lodge in small arteries in the retina, the delicate network of blood vessels and nerve cells at the back of the eye. This can be evidence of severe atherosclerosis.

• Optic nerve abnormalities. The optic nerve, which transmits visual information from the retina to the brain, is visible at the rear of the eye. It is supposed to be pink. A pale optic nerve can be an early manifestation of brain tumor or aneurysm.

• Retinal defects. Various medical conditions, notably diabetes and high blood pressure, can damage the blood vessels and nerves in the retina. This retinal damage which can cause blindness can take several forms, including tiny hemorrhages, leaks of yellowish fluid, and puffy-looking whitish patches known as cotton wool spots. White patches on the retina can also be a sign of AIDS.

If you notice one of the signs listed above in your own eyes, alert your doctor. Also, have routine eye checkups for the doctor may find clues to undiagnosed health problems.