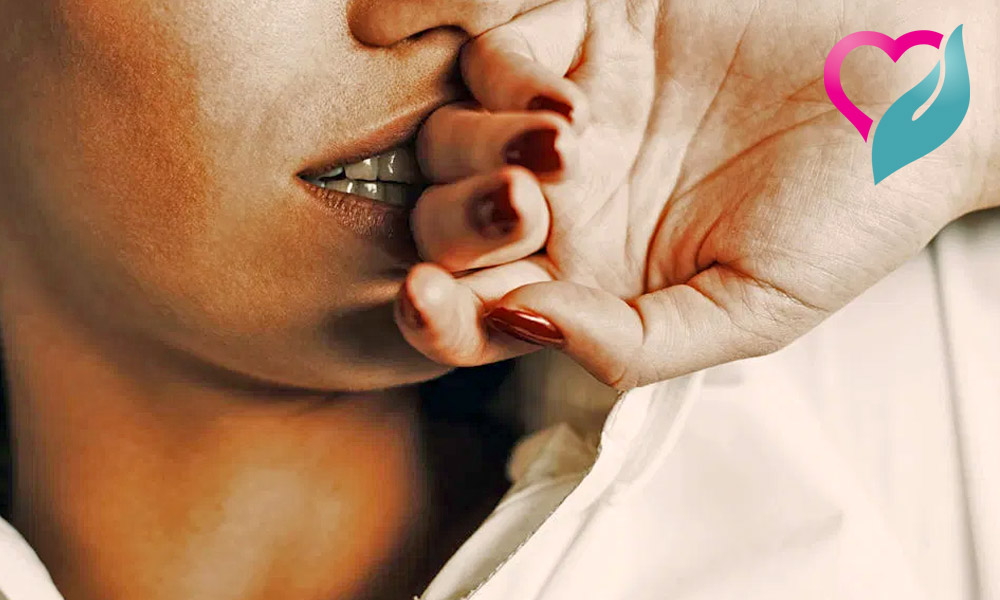 Oh God.. oh yes, yes, yes! You’re the best. Or maybe you are not. There is a certain possibility that your girl has been faking it. Why do women fake it when they can just tell the truth?

Out flow  is easy for a man. On the other hand, an extreme pleasure for a woman, isn’t that easy! It probably starts when a woman isn’t really feeling the passion in bed, or isn’t really turned on while having play . She looks up at her man who is probably sweating buckets, panting and heaving with all his virile strength while penetrating her, to make her orgasm. When a woman knows she is just not going to enjoy it anyway, it is easier for her to just fake it instead of waiting for the elusive passion to overwhelm her and sweep her into a thigh quivering pleasure!

Faking it and convincing the guy that she has just experienced a tremor in her loins would at least make her man feel proud of himself. After all, he has been pounding the sheets like he is running a tiresome marathon, and the least she can do to make him feel better is let him believe that he’s accomplished something at the end of it all.

There are some reasons EHC has found out on why your woman could be faking her pleasure  instead of waiting for the real one.

Pity. You are not arousing her enough to bring her to climax, and she has given up on achieving an extreme pleasure. But your woman doesn’t want to hurt your feelings because she cares about you, and finds it easier to just fake it and end it.

Pre-occupied. There is something on her mind, and she is too distracted to enjoy the act. She may make love to you, but her preoccupied mind may just distract her from having a real pleasure.

Bored. You may be rather boring one night. If she is getting tired of the to-and-fro and is subduing her yawns with her palms, it may just be easier to fake it without being too mean.

Waiting for her. You are almost about to explode, and she can feel it. You move in and out of her a few times, and you hold your breath like you’re trying hard to prevent a case of premature flow, before continuing again. Your woman, being the sweetheart that she is, may just fake it to save you from an awkward spurt!

Embarrassment. She is not able to get pleasure for some reason beyond her knowledge, and she feels embarrassed by it. And her embarrassment is making her feel worse and preventing her from even enjoying the act. It’s so much easier to just fake it because she doesn’t want you to think it’s her fault.

Anger issues. She is angry with you, or is giving you the silent treatment. And you teasing her and seducing her into having play isn’t helping, because she’ll hate you more for it. But if she doesn’t want to confront the issue or sit up talking about it, she may find it easier to just do the deed instead.

Stressed out. Your woman could have had a long and tiring day, and as much as she wants to enjoy play, she may just be too tired to enjoy it. And if she doesn’t want to upset you or make you feel bad about your performance, she may just fake it.

In a hurry. You are initiating the play out of the blue, and she has got better things to do. Perhaps, she wants to sleep, watch her favorite show or get out and do something. What’s the fastest way to wrap the act up? Yeah, fake it!

Mental pressure to make it awesome. It is a special day and play is just expected to be awesome and mind blowing. It could be your anniversary or a birthday, and if she doesn’t feel great that night, she might just pretend to be completely turned on and aroused, just to make the act more memorable for you.

Play drive is down. Her play  drive may have taken a nosedive because of too much alcohol during the party, or a few pills that she’s been taking recently. And rather than make you feel bad for not making her extreme enjoyment, she may want to fake it and please you instead.

It is that time of the month. Most women have varying play drives at different times of the month. Some women are more aroused easily when they’re ovulating, while a few other women feel the friskiest a day or two before their period. And at certain times of the month, they may feel too mellow to experience a real, wild orgasm no matter how hard a guy tries.

It is emotional. Girls are far more emotional than visual when it comes to experiencing sensual pleasure and extreme enjoyments. Perhaps, she just hasn’t reached that stage in the relationship where she feels comfortable enough to experience a real, knee buckling extreme pleasure in your arms.

She just wants more. This is not a guy’s fault really. Maybe you’re just dating a girl who’s too demanding. She needs a lot of fore play and a lot of sore play before she actually feels an extreme pleausre. And since she knows it, she may fake it once in a while just to make things easier for you.

The reasons why women fake an extreme pleasure may be plenty. As long as both of you still communicate well, and the fake extreme pleasure is just a once-in-a-while issue, it is not something you need to be too worried about. The best way to encourage real pleasure  is to stop pressuring your girl to have them. At the end of the day, we should all just be happy having a good time. An extreme pleasure is simply the icing on the cake!

One thought on “Why Women Fake extreme pleasure?”