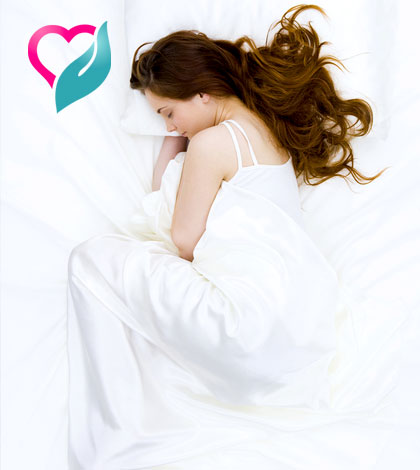 Different people sleep differently. But does your sleeping position convey something about your true self? Psychologists say that when you sleep, your unconscious mind takes over and there is nothing which can restrict your body and its movements.

Position: Curled up on your side.

Personality: Fetal sleepers are an anxious lot. They tend to over analyses everything and are great ‘worriers’. Surprisingly, research says that the fetal position is the most common sleeping position. This position is very soothing and comforting and you tend to sleep like this when you are undergoing a lot of stress. Every person at some point of his or her life has slept in this position. Those who sleep in the fetus are described as tough on the outside, but shy and sensitive at heart. They may take time to warm up to people, but soon relax.

Health Effect: Sleeping on your left side can cause stress on your vital organs (liver, stomach, lungs), so if fetus is your position of choice, curl up on the right side of your body.

Position: Sideways with one of your legs in a straight line and the other raised.

Personality: These people are very fussy and want everything to go their way. They tend to be very complaining and never make an effort to adjust to new situations. Leapers are also a nervous lot and they tend to think for ages before taking the ‘leap’, but once their decision is made, they tend to stick to it no matter what.

Position: It is considered to be a very uncomfortable position: here the person lies flat on his tummy with both the arms and legs outstretched.

Personality: The free fallers are quite self-centered and stubborn. Their sleep is quite turbulent and these people like to be in control of everything. Constantly on the run, these people are over sensitive and don’t take criticism well.

Position: Sleeping on your back with both arms and legs stretched outwards, occupying most of the bed.

Personality: They are considered to be good listeners and make really good friends. Such people love their comfort and are free spirited and carefree. The star sleepers always like to be in the background and don’t like drawing too much attention.

Health Effect: starfish sleepers are more likely to snore and have breathing problems while they sleep, resulting in a less refreshing night’s rest.

Position: It is considered to be the second most common sleeping position. The sleeper in this position keeps their body stretched out in a straight line.

Personality: This position is most commonly associated with those who are easy going and like good company. They easily trust people to the point of being very gullible.  Log sleepers are social, easygoing people. The downside: their tendency to trust anyone—including complete strangers—makes them easy to fool.

Health Effect: This position keeps the spine straight, which should be beneficial for those who suffer from back pain.

6. Covered from head to toe

Position: Covered from head to top while sleeping.

Personality: Shy and weak inside yet putting on a facade of strength, such sleepers often have lots of secrets locked up in their hearts. When faced with a problem, they are most likely to shut up and keep quiet instead of asking for help. You will know you’re one of them when you cover yourself from head to toe with a blanket, thus cocooning yourself from the rest of the world!

Position: On your side with both arms out in front.

Personality: Yearners are open to new things, but also suspicious and cynical. They take a long time to make decisions – weighing pros and cons repeatedly – but once they make a choice, they almost never change their mind or have regrets.

Health Benefit: Resting on your side can help alleviate some problems associated with acid reflux disease and sleep apnea. But if such symptoms are a common occurrence, you may need to see a specialist.

Position: Lying on your back with both arms at your sides.

Personality: Soldier sleepers are generally quiet and reserved. They don’t like to make a big deal out of things, and they set very high standards for themselves and others.

Health Benefit: Research shows that sleeping on your back may lead to snoring, difficulty breathing, and an overall bad night’s sleep. Is your snoring keeping someone awake at night? Try flipping over—you’ll both wake up more refreshed.

Sleeping on your back with legs crossed may be a sign of being self-obsessed. They like to be left the way they are, and don’t like others intruding on their solitude.

Fussy, whiny, complaining and nervous are few of the character traits one can read from this sleep position. It’s when you’re sleeping sideways, arms stretched out, with one leg straight and the other pulled up, as if you’re about to leap forward.

One thought on “What Your Sleeping Position Says about You”