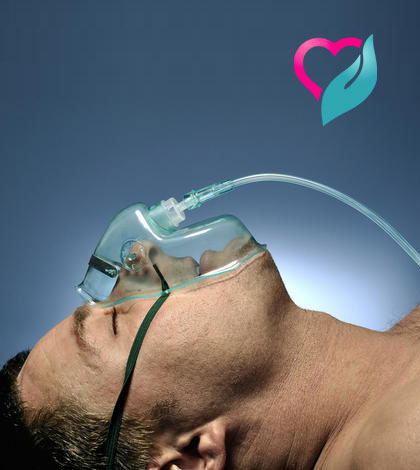 Hypoxia can be life threatening – for cells and the organism. Hypoxia literally means “low oxygen,” but is defined as a deficiency in the amount of oxygen that reaches the tissues of the body.

Hypoxia may affect the whole body (generalized hypoxia), or a specific organ or area of the body (tissue hypoxia). It can also be classified as acute or chronic, with acute meaning a rapid onset, and chronic meaning that hypoxia has been ongoing for some time.

The different types of hypoxia are:

The symptoms of hypoxia can vary between different people, and by how long the symptoms have been present. Some of them include:

The organs most affected by hypoxia are the brain, the heart, and the liver. If the hypoxia is severe, irreversible damage can begin within 4 minutes of the onset. Coma, seizures, and death may occur in severe cases. Chronic, milder hypoxia can also cause damage to the major organs of the body.

It is not surprising that lung diseases are a significant cause of hypoxia, but there are many other causes as well. Some causes of the specific types of hypoxia include:

The treatment of hypoxia will depend upon the underlying cause. While you and your doctor are working together to determine the cause, she may recommend oxygen therapy if you are short of breath or having other symptoms suggestive of moderate or severe hypoxia. If your symptoms are severe, mechanical ventilation with a ventilator may be needed.

However one also needs to address lifestyle risk factors like sleep positions, mouth breathing, overeating, insufficient or incorrect physical exercise, nutritional deficiencies, and many others, in order to achieve changes in breathing patterns and sufficient oxygen in our cells.