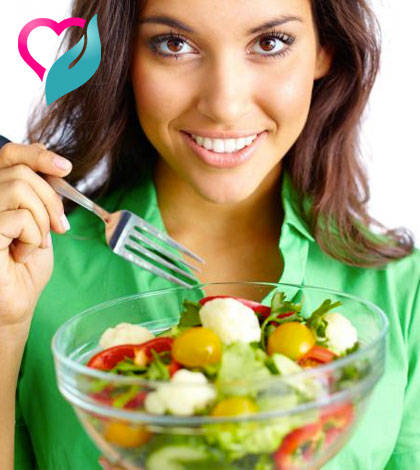 “Eat your vegetables” – You would have heard a lot of this from your mom your whole life. Vegetables provide nutrients vital for health and maintenance of your body. People who eat more vegetables and fruits as part of an overall diet are likely to have reduced risk of chronic diseases.

Vegetables provide nutrients in the fight against heart disease, cancer, and a host of other ailments like stroke, vision problems, and hypertension. But depending on how vegetables are eaten, the valuable vitamins, phytochemicals, and flavonoids they possess can be either enhanced or destroyed.

When you are preparing vegetables, you have to be careful in how you cook them because the reality is that heat always destroys some of the nutrients. Raw-food fans may think that cooking destroys the nutrition in all vegetables, but this is not true. When it comes to tomatoes, for instance, cooking them actually enhances their healthful properties because heat breaks down the thick cell walls of this fruit which releases its nutrients. Although there are exceptions, microwave cooking generally help maintain the highest levels of antioxidants, while pressure-cooking and boiling lead to the greatest losses. We need to understand that no single cooking method is best for optimal nutrition. Let’s look at some of the vegetables and see how well they can be eaten – cooked or raw.

Asparagus: Asparagus is high in antioxidants, folate, and potassium. But because folate is very sensitive to heat, lightly steaming the stalks is best.

Artichokes: Heat doesn’t seem to bother these perennial thistles, which are high in both heart-healthy fiber and antioxidants, so cook them any way you like.

Broccoli: This disease-fighting cruciferous vegetable is very sensitive to heat, so steam or microwave it to retain broccoli’s nutritional benefit. If you cook it too long, you destroy the enzymes that break down glucosinolates into cancer-fighting agents.

Carrots: Carrots are high in beta-carotene, which the body converts into vitamin A, but they are also high in folic acid, which is very sensitive to heat exposure. Eating carrots raw is fine, but their nutrients are actually better absorbed after very light cooking.

Green beans: Green beans have been found to keep their antioxidant levels after most cooking methods, so feel free to steam, boil, or microwave.

Spinach: Spinach, along with other leafy greens, is rich in potassium and high in folic acid. It loses 64% of its vitamin C after cooking, so it’s best to enjoy spinach raw in a salad. 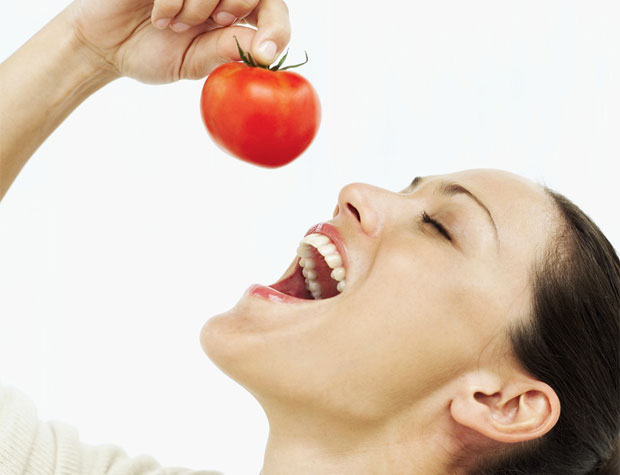 Tomatoes: Tomatoes are packed with antioxidant, including lycopene — a potent protector against many types of cancer. Cooking is actually beneficial to tomatoes, which means the body absorbs more lycopene from tomato sauce than from raw tomatoes.

Mushrooms: Mushrooms, even common button mushrooms, contain traces of carcinogenic compounds in raw form. The same toxin, hydrazine, is also found in portobello mushrooms, and shiitake mushrooms contain a naturally occurring fomaldehyde. Both chemicals are heat-sensitive and abolished upon exposure to heat. You might think nothing of eating a few slices of button mushrooms raw, but to get the anti-cancer effects of mushrooms, eat them cooked.

Beans: Choking hazards aside, there are poisonous compounds present in raw beans; for instance, raw kidney beans contain a toxin that, at a level as low as 1 percent, causes death in rats within two weeks. All raw beans contain lectins, potentially toxic protein compounds that can damage the heart, kidneys, liver, and intestines; and inhibit cell digestion, yet are destroyed upon cooking. Then you can enjoy the many health benefits of beans, whether you choose a comforting bowl of three-bean chili or top a fresh salad with cooked black beans or chickpeas.

When you steam vegetables or make vegetable soup, the temperature is fixed at 212°F — the temperature of boiling water. Both of these cooking methods avoid the formation of heat-created toxins called acrylamides. The same cannot be said for higher-heat cooking techniques such as roasting and baking. However, roasting/toasting at low temperatures below 200°F does not create a significant level of harmful compounds.

Cruciferous vegetables should be cooked before eating as they contain chemicals that block the production of thyroid hormone in your body. This is of particular importance as folks struggling with weight usually suffer from borderline to full blown hypothyroidism. Hypothyroidism is a condition where the thyroid gland does not make enough thyroid hormone, so someone suffering from this condition surely does not want to be eating foods that will block what little thyroid hormone is being produced in the first place.

Cooking crucifers reduces the goitrogenic substances. Fermentation does not reduce goitrogens in these veggies, but since fermented crucifers such as sauerkraut are typically eaten as a condiment and, hence, in small amounts, consumption is fine if the diet is rich in iodine.

The following are the common cruciferous vegetables that you do not want to be eating raw if you want to protect your thyroid gland – arugula, broccoli, kale, cauliflower, cabbage, turnip, collard greens, bok choy, brussels sprouts, radish, rutabaga, and watercress.

Some veggie greens contain a chemical called oxalic acid. Oxalic acid is a very irritating substance to the mouth and intestinal tract. It also blocks iron and calcium absorption and may contribute to the formation of kidney stones. The good news is that oxalic acid is reduced by a light steaming or cooking – just be sure to discard the cooking water. Veggies containing oxalic acid include spinach, chard, parsley, chives, purslane and beet greens. Spinach is known for being high in iron, yet eating it raw will not necessarily give you the iron you want because of the oxalic acid. Cook that spinach first if you are seeking an iron boost without the indigestion and don’t get hooked on the raw spinach salads.