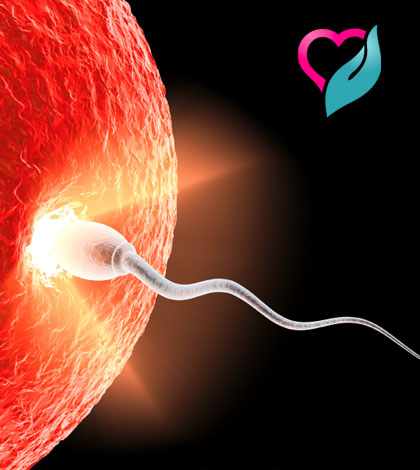 Semen is a white or grey liquid, but can occasionally appear yellowish. Pink or red semen suggests that blood is present. Although this is only rarely due to a serious health problem. Usually, each milliliter of semen contains millions of spermatozoa (sperm), but the majority of the volume consists of secretions of the glands in the male reproductive organs. The purpose of semen is purely for reproduction, as a vehicle to carry the spermatozoa into the female reproductive tract.

The WHO provides a definition of a ‘normal’ sperm count:

Ways you can Increase Your Sperm Count

Exercise releases testosterone into your body, helping with sperm production. Use compound exercises and lift heavy weights, but refrain from working the same set of muscles the day after. Giving your muscles time to rest and rebuild should help you produce testosterone.

Do not exercise too much! Excessive exercise causes the release of adrenal steroid hormones that actually cause a testosterone deficiency. So whether you want to put on that extra muscle or help out your sperm, remember not to stress your body too much.Do not use anabolic steroids. Anabolic steroids may help you pack on the pounds, but they shrink your testicles and may cause infertility. If you’re trying to conceive, stay far, far away.

Getting plenty of fresh fruits, vegetables, whole grains and legumes can help boost fertility. Also avoid tobacco, refined carbohydrates, coffee, tea, alcohol and foods with artificial additives.Maintain your ideal weight. Food deprivation in men leads to a loss of sex drive and structural changes to reproductive tissue leading to infertility.Obesity, on the other hand, can be associated with a low sperm count and impotence, possibly because of higher temperatures caused by excess fat near the testes. Eat plenty of fish, meat, eggs, fruits and vegetables

Intake of vitamins like Vitamin C, Vitamin A, Vitamin E and Zinc should be regular. Reactive oxygen species (ROS) are present in the semen. When the ROS are present at a high level it can result in significant damage to the semen. Vitamins can decrease the level of ROS. Vitamins help in synthesis and development and maintenance of the normal sperms and they help in avoiding the clumping of sperms

4. Reduce stress levels by learning relaxation techniques – Keep your mind and body healthy by regular practice of YOGA and MEDITATION.

There are a number of different theories for why this is. Some speculate that fatty tissue converts testosterone into estrogen; others speculate that more mass in the thighs could make the testicles too hot.

6. Make love in the early morning or afternoon. Sperm levels are often highest in the mornings.

7. Avoid soy-based foods and high-fructose corn syrup. Soy foods have a mild estrogenic effect on the body. While that may be good for women, it’s not great for grooming sperm. High-fructose corn syrup causes insulin resistance, which lowers fertility. Men who drink a quart of Coke regularly have 30% sperm than men who don’t drink Coke.

Spending 30 or more minutes in water that is 102 degrees Fahrenheit (40 degrees Celsius) or above can significantly lower sperm count.

10. Eat well, get hydrated and sleep well. Malnutrition and anemia can negatively affect your sperm count.

It is important to maintain good sexual health. Regular intercourse in a stable relationship reduces the chances of infections and improves the fertility