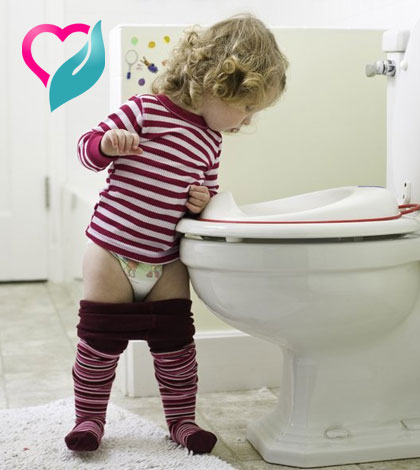 (What your bowel movements are telling you about your health)

Wastage disposal is a significant function of human body as it is the case with general life around us. Our body needs a way to eliminate solid waste, and when it does, it comes out in various forms of fecal material.

Looking at your bowel movements can let us know about our diet; whether we are eating enough fiber, etc. It can also give clues to the multitude of ailments that affect our GI tract. I think most people do take a glance but don’t know what to look for and do not feel comfortable discussing their observations with their doctors.

EHC aims to discuss the observations about your bowel movements and their indication on your health index.

The amount of time it takes for the food you eat to make its way through the gastro-intestinal system and exit into the toilet will have an impact on the consistency of your stool. Intestinal transit averages 40 to 45 hours from when you eat to when it comes out. If it stays in the GI tract for longer than that, fluid is re-absorbed into the body and the stool becomes harder and dryer. Certain medications like blood pressure drugs, antidepressants and histamines, can slow down the GI tract. Constipation, which has a myriad of causes, will lead to harder, drier stools.

Normal stool can come in a range of colors (influenced by what you eat and what medications you take, among other factors). But if your stool has an unhealthy hue, particularly if it is pale or grayish in tone, you could have problems somewhere along your digestive tract. The liver excretes bile to help break down fats in the food you eat, and that bile also adds color to the stool. But if there is a blockage in the liver—or in the tubes through which the bile travels—the stool might take on a too-pale appearance. Also, if you are suffering from a pancreatic disorder, the stool might look gray because it will be lacking the color imbued by the digestive enzymes produced in that organ.

Your first instinct upon seeing red-colored stool in the toilet would probably be to panic. But before you speed-dial your doctor, think about what you ate several hours ago—if it was beets or bright red popsicles, that might be the culprit for creating those colored stools. But if it is obviously a streak of red blood in the stool, in the toilet, or on the toilet paper, then may be you are bleeding somewhere inside. There is still not necessarily any reason to panic—the cause could be something as benign as a hemorrhoid or just a small fissure caused by straining to go. However it would be a wise idea to discuss with your doctor.

Iron supplementation can have that effect on the stool. But if you have not recently started taking extra iron and you see this sort of change, you should make an appointment to see your doctor.

Your stools should be a healthy shade of brown with each trip to the toilet. If it is green in color it is a sign of a potential issue with your gastrointestinal (GI) tract. See your doctor as soon as possible.

An ideal stool looks like a torpedo. It should be large, soft, fluffy and easy to pass. But when conditions are less than ideal, the stool may become more like little deer pellets. Again, transit time may be part of the issue because slow-moving stool will lose fluid, making them less fluffy and lumpier. A lack of fiber in the diet may also to be to blame.

Your body secretes about eight liters of fluid during the course of a day—from the stomach, salivary glands and pancreas—to help your food get broken down and make its way through the digestive system. Under normal, healthy conditions, the majority of that fluid is absorbed along the way, resulting in those sought-after soft, fluffy stools. But if food passes through too quickly, there is not enough time for all of that liquid to absorb, and the stool emerges in a too-soft state. The reasons for such super-quick transit could include a sudden increase in fiber in the diet, or a bacterial or viral infection.

Thin stools could be an indicator of colon cancer, or its precursor, polyps in the colon. Whenever you have mass in the colon that creates blockage, anything that needs to be pushed past that mass will become thinner. Call your doctor.

Stool is made up of undigested food, bacteria, mucus and dead cells. It usually smells bad because of the bacteria and parasites, but it also can have compounds that produce an especially unpleasant smell. If you have blood in your stool, it usually comes with a particular strange odor. Reasons for a foul smell could include certain medications, having food that is been stuck in the colon for too long, or having an infection.

Dry, hard stools that are hard to eliminate are a sign of constipation. People who are constipated may have bowel movements fewer than three times a week. Constipation is a common complaint, and most people experience it at least once in their lives. It can be caused by a number of factors, including a poor diet, lack of exercise, certain medications, lack of fluids, or various bowel disorders. If ignored, constipation could lead to complications such as hemorrhoids or rectal bleeding. The best way to relieve symptoms is to follow a well-balanced high-fiber diet, drink plenty of water, try to exercise regularly and go to the bathroom when you feel the urge.

Diarrhea happens when loose, watery stools pass through your bowels too quickly. Generally it lasts one or two days and goes away on its own. It is a normal way for the body to get rid of toxic substances, like bacteria or viral infections, but it also can lead to dehydration. Parasites found in water and food can enter the body and disrupt the digestive system, causing diarrhea that can last several days. Diarrhea also can suggest a more serious problem. Diarrhea that lasts for at least four weeks may be a sign of a chronic disease, such as irritable bowel syndrome or Crohn’s disease.

Finally, your stools can simply affect how you feel. There is the potential for a large stool to cause your rectum to distend and your vagus nerve to fire, resulting in a pleasant increase of blood flow to the brain.

There is no perfect bowel movement nor is there a perfect schedule. Its shape, size, and timing vary according to diet, bacteria, and stress. But inspecting your stools carefully can tell you a lot about whether everything in your body is running smoothly.