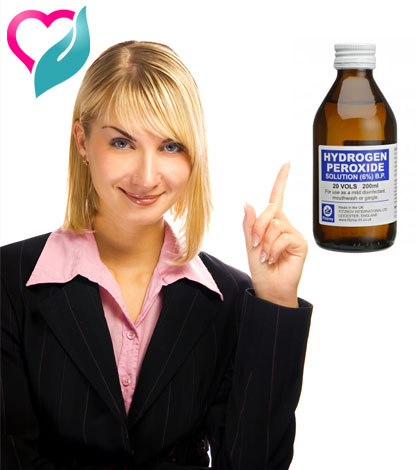 What are we talking about here? Why would anybody be interested in a lotion? Welcome to the world of hydrogen peroxide… world’s safest natural sanitizer!

Hydrogen peroxide is a colorless liquid used commonly for bleaching cotton, manufacturing chemicals, as a rocket propellant, and for cosmetic and medicinal purposes. It is the only germicidal agent composed only of water and oxygen. It kills microorganisms by oxidizing them, which can be best described as a controlled burning process. It has been a staple in medicine cabinets and first aid kits for generations. Using it to clean and disinfect is a standard part of the drill when dealing with minor cuts and scrapes. There are many uses of this wonder solution, some of which are so unconventional that they strain the imagination. EHC attempts to showcase the usefulness and versatility of hydrogen peroxide, the household super lotion.

This is the one everyone knows about. The 3 percent solution helps clean wounds when applied directly, and it also removes dead tissue, stops bleeding in small blood vessels and prevents open wounds from oozing or bleeding. It also helps heal infections, even those where gangrene is present.

Gargle with hydrogen peroxide, and you will discover that it actually makes a very effective mouthwash. Just remember not to swallow it. Similarly, you can rinse or gargle with a combination of hydrogen peroxide and coconut oil to provide relief for a toothache, largely due to its antibacterial properties. As an all-purpose whitener, hydrogen peroxide is hard to beat. Gargling with it can also whiten teeth, but the same rule applies about not swallowing it. 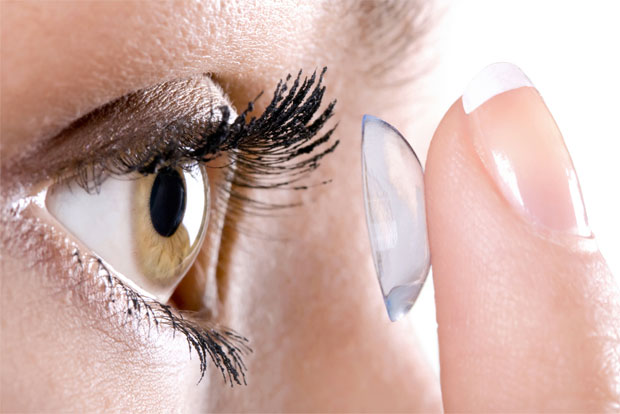 Hydrogen peroxide can be used to clean contact lenses – its very effective for eliminating the proteins that can build up on the lenses over time.

Nail maintenance by applying a cotton ball soaked in hydrogen peroxide is a popular technique. Hydrogen peroxide has long been used as a quick and dirty hair dye and lightener.

With the price of household cleaners steadily rising, hydrogen peroxide is a viable cheap alternative, both as a stand-alone solution or when mixed with water. It can be used with regular dishwasher detergent, and it can also be used on its own to clean dishes if you wash by hand. Pour some hydrogen peroxide around the toilet bowl, let it sit for 20 minutes or so, then wipe it down. An inexpensive way of cleaning!

Use a box of baking soda to eliminate the refrigerator odor, and wipe everything down with a hydrogen peroxide solution to keep your refrigerator clean.

Hydrogen peroxide is a versatile tool for maintaining clean, healthy countertops. It can be used to eliminate stains, and you can use it to clean cutting boards and spray on foods to make sure they are sanitized before and after cutting and chopping. Its also been shown to kill E. coli and salmonella bacteria on these surfaces.

To help eliminate stains in the carpet, simply pour some hydrogen peroxide on them, then add water and dry the mixture out with a washcloth.

Three percent (3%) hydrogen peroxide is the best stain remover. Although blood stains as old as 2 days have been successfully lifted, it will bleach or discolor many fabrics. If a little peroxide is poured onto the stain it will bubble up in the area of the blood, due to a reaction with catalase. After a few minutes the excess liquid can be wiped up with a cloth or paper towel and the stain will be gone.

Add a pint of hydrogen peroxide to a gallon of the water you use in humidifiers and steamers, and the HP will help ensure that the water stays sanitary and safe.