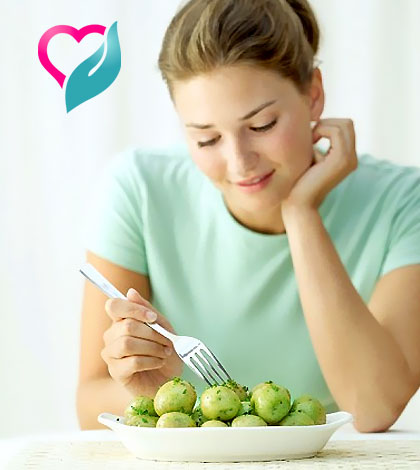 Why potatoes turn green? Find out whether they are safe to eat.

The role of a potato tuber is to produce the next generation of potatoes. It therefore contains nutrients in the form of starches, sugars, proteins and minerals for the new potato plant.

When a potato tuber is exposed to light it turns green by producing chlorophyll and then can make extra energy for the new plant through photosynthesis. The green patches act in the same way as leaves do.

The potato plant produces its own protective chemicals which can make it lethal to insects, animals and fungi which attack it. These protective chemicals (glycoalkaloids) are at high levels in the leaves, stems and sprouts and are normally at very low levels in potato tubers. When exposed to Sunlight, the potato tuber will produce glycoalkaloids, with the highest levels being in the sprouts as they emerge from the tuber.

Potatoes will also produce glycoalkaloids (such as solanine) in response to bruising, cutting and other forms of physical damage, as well as to rotting caused by fungi or bacteria. However, in non-damaged potatoes, greening is a warning sign.

Are they safe to eat?

Eating green potatoes is not safe since some cases of gastroenteritis have been reported. Just throw away the green potatoes from your vegetable basket before cooking glycoalkaloids are not destroyed by cooking processes, even by frying in hot oil. Human and livestock deaths have been recorded as a result of the consumption of greened or damaged potatoes with very high glycoalkaloid levels.

What happens if ingested?

When ingested it can cause nausea, diarrhea, vomiting, stomach cramps, burning of the throat, cardiac dysrhythmia, headache and dizziness. In more severe cases, hallucinations, loss of sensation, paralysis, fever, jaundice, dilated pupils, hypothermia. If ingested in high doses solanine can lead to death.

It is advisable that green or damaged potatoes are avoided by pregnant women or women who are likely to become pregnant, as there is some evidence of possible foetal damage or loss of the foetus from glycoalkaloid poisoning in animals.

The best way to avoid ingesting solanine is to discard the green potato or cut away green the green section. Additionally if the potatoes have sprouted they too should be thrown out. Furthermore bitter tasting potatoes should not be consumed. 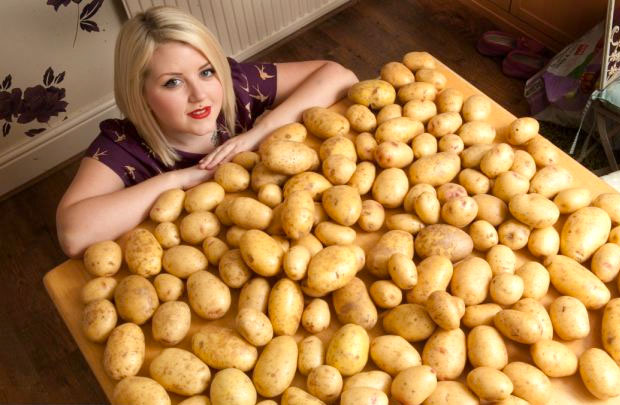 Go for older potatoes since new potatoes do not keep as well as older potatoes. As they are not fully matured they have a higher moisture content and thin skins which are easily damaged. Thick-skinned older potatoes do not tend to green as rapidly as new potatoes and are therefore suitable when longer storage periods are used. Care should be exercised when buying red skinned potatoes such as Pontiacs because any greening that has occurred may be camouflaged underneath the red colour at the top of the skin.

Storage of potatoes in the home

Buy only consumable small quantity of potatoes; store them in a cool, dry and dimly lit place with good air circulation.

Refrigeration of potatoes is not recommended because they are sensitive to chilling. At normal refrigeration temperatures (2°C to 6°C), the starches they contain are converted to produce high levels of sugar. These sugars will cause the potatoes to turn brown very quickly when fried.

Consumers should avoid buying any potatoes that show signs of greening or damage and should carefully remove any sprouts before cooking. However, it should be remembered that healthy potatoes do not pose any health risk at all and are an excellent source of nutrients.