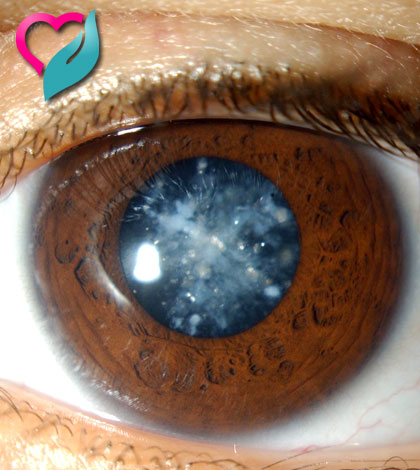 Older adults who get very little vitamin C in their diets may have an increased risk of developing cataracts, a study in India finds.

Cataracts are a clouding of the eye’s lens that commonly causes vision problems in older people. Some studies, but not all, have found that people with higher intakes of antioxidants, including vitamin C, may have a lower risk of developing the condition.

But those studies have been done in Western countries — and not in lower-income countries like India, where people’s vitamin C levels tend to be very low and rates of cataract are particularly high.

For the new study, researchers evaluated more than 5,600 Indian adults age 60 and up for cataracts. They also interviewed them about their diets and lifestyle habits, and measured their blood levels of vitamin C.

Overall, nearly 73 percent of the study participants were found to have cataracts. But that risk dipped as vitamin C blood levels and vitamin C intake rose.

In the roughly one-quarter of older adults with the highest vitamin C levels, the risk of cataract was 39 percent lower than in people with the lowest levels of the nutrient. That was with factors like income, smoking habits, high blood pressure and diabetes taken into account.

But vitamin C levels were generally very low. More than half of the study participants were deficient, and the bottom 30 percent of the group had vitamin C concentrations below the level of detection (2 micromoles per liter).

Anything below 11 micromoles per liter is considered a vitamin C deficiency.

Even in the group with the highest vitamin C levels, the typical amount was just 38 micromoles per liter. By comparison, in cataract studies in Europe and the U.S., the “high-C” groups have had levels of 70 micromoles or higher.

The findings, reported in the journal Ophthalmology, do not prove that adequate vitamin C protects against cataracts.

But it’s biologically plausible, said senior researcher Astrid E. Fletcher, a professor at the London School of Hygiene & Tropical Medicine in the UK.

Vitamin C is an antioxidant, which means it helps protect body cells from damage caused by so-called oxidative stress.

“The eye is particularly vulnerable to oxidative stress as the ‘seeing’ organ of the body,” she added. “Light is essential for vision but light is also very damaging. The lens absorbs ultraviolet radiation, a major source of oxidative stress.”

But that biological plausibility does not mean that older adults should load up on vitamin C supplements to ward off cataracts.

Fletcher said the current findings have relevance primarily for India, where people’s vitamin C levels are generally low. They might also have implications for other lower-income countries, she added, but those studies have not been done yet.

In Western countries, studies have come to conflicting conclusions as to whether people with high vitamin C intakes have a lower cataract risk.

What’s more, clinical trials that have tested high doses of vitamin C and other antioxidants for preventing cataracts have failed to show a benefit.

One reason, Fletcher noted, may be that well-nourished people in high-income countries already have fairly high vitamin C levels, and an extra dose from a pill has little benefit to offer. Vitamin C is water-soluble, and excess amounts are quickly excreted from the body.

Another possibility, according to Fletcher, is that taking a few nutrients in pill form simply does not mimic the effects of a good diet.

Foods high in vitamin C include citrus fruits like oranges and grapefruit, green and red peppers, kiwifruit, strawberries, broccoli and tomatoes. In the U.S., the official recommendation is for men to get 90 milligrams of vitamin C per day, while women should get 75 milligrams.

In this study, most older Indian adults were getting well below that.

If extra vitamin C was shown to lower cataract risk in India, the benefits could be substantial.
“India has the highest burden of blindness in the world,” Fletcher said, “and the main cause is cataract.”