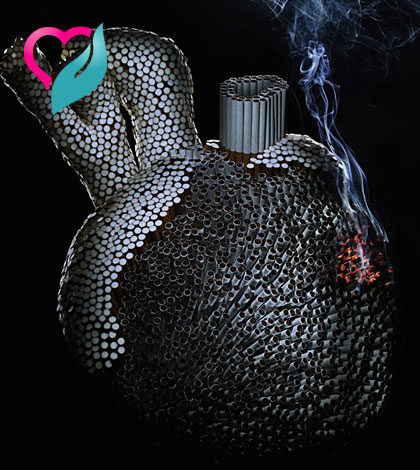 Lung cancer is the number one cause of cancer deaths in both men and women worldwide. The general prognosis of lung cancer is poor because doctors tend not to find the disease until it is at an advanced stage.

Cigarette smoking is the principal cause of development of lung cancer. The more cigarettes you smoke per day and the earlier you started smoking, the greater your risk of lung cancer. Passive exposure to tobacco smoke can also be a cause. It would have struck you by now what to do to prevent this cancer. Nevertheless let’s looks at the ways to prevent lung cancer.

It has been seen that in US alone 80% women and 90% men have smoked for which they have contracted lung cancer and finally died in the process. Thus, the main step towards reducing the risk of cancer is to not take up such a habit.

Quit the Habit – If you are a smoker, you need to quit the habit which will help to lower the risk of lung cancer. You could try electronic cigarettes to reduce your tenacity to smoke. One should remember that, even if you quit, you need to take steps towards a healthy diet and lifestyle in order to reduce the chances of contracting such a disease.

Seek Help – If you are a smoker and are unable to give up the habit, you need to lower the risk of lung cancer by seeking help. There are support groups where one can join to discuss their problems of not being able to quit. Such support groups allow one to express their feelings and be able to come to terms with their situation. One could also seek counseling and support to quit smoking.

Escape Second Hand Smoke – It is said that passive smoking is as bad as being exposed to smoke first hand. Thus, one needs to find ways to reduce chances of inhaling second hand smoke at home or in workplaces.

Do you work in a factory where you are subjected to inhaling dangerous fumes? If so, find out the norms of workplace safety rules and whether your office is abiding by them. Seek medical help if you have been exposed to an unhealthy level of such toxic fumes. Consider changing such a workplace if the risks are great.

Do you have plants and factories next to you which emit fumes all day? Such pollutants in the air will affect the residents nearby. Find out more about the factories located close to your home and whether you are at risk of contracting lung diseases like lung cancer due to constant exposure to such polluted air. You might need to consider moving t a safer and greener part of town in order to reduce such risks to your health.

Choose a healthy diet with a variety of fruits and vegetables. Food sources of vitamins and nutrients are best. Avoid taking large doses of vitamins in pill form, as they may be harmful.

Cruciferous Vegetables – Vegetables like cauliflower, brussels, sprouts, and broccoli are such great foods here because of the presence of sulforaphane, which is considered one of the most potent cancer fighters found in food. Cruciferous vegetables also contain a substance called indole-3-carbinol, which works like a cleanup crew, repairing damage that carcinogens do to cells before they can turn cancerous.

Oranges, Papayas, Peaches, Red Bell Peppers, and Carrots – Notice something these foods have in common? The colors orange and red, of course. They come from a type of carotenoid (an orange antioxidant pigment) called beta-cryptoxanthin that seems to safeguard smokers.

Spinach, Kale, & Beans – If you smoke (or recently quit), load up on folate, a B vitamin that safeguards cells from tobacco carcinogens. A study done at the M. D. Anderson Cancer Center found that former smokers who had enough folate in their diets lowered their risk of lung cancer by 40 %. Smoking drains folate from the body, as does alcohol consumption.

Since the incidence of lung cancer is strongly correlated with cigarette smoking, with about 90% of lung cancers arising out of tobacco use, the primary method of prevention is not to smoke, quit smoking, and keeping out of passive smoking.