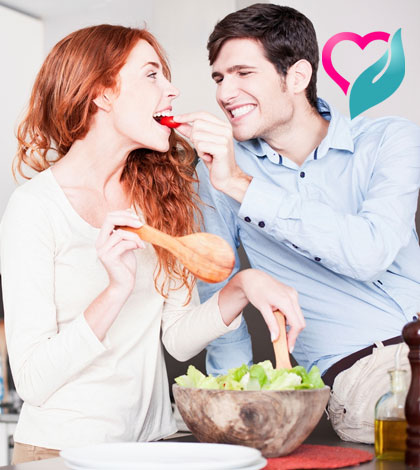 Marriage today is not what it was 40 years ago, but there are some things that still remain important. Bedroom play and housework are still key aspects of sharing a life, and both are related to a satisfied marital life and how spouses express their respect and love for each other. Conventional wisdom suggests that women are drawn to men who help out around the house.

But here is a new research which says otherwise. American Sociological Review journal points out that married men who help out with household chores have less desire than men in so-called “traditional” marriages where housework is done exclusively by the wife. Similarly, couples in which men participate more in traditionally masculine tasks – such as yard work, paying bills, and auto maintenance – report higher sensual frequency. Traditional female tasks include shopping, cleaning, looking after the kids, and cooking.

This latest study contradicts most previous ones, which tended to imply that married men generally have more desire in exchange for doing housework. However, those studies did not take into account which chores the husbands did. The researchers said that their study demonstrated that the play is not a bargaining chip in marriage. Rather, it is associated with the kinds of chores each partner completes.

The results show that gender still organizes quite a bit of everyday life in marriage. In particular, it seems that the gender identities husbands and wives express through the chores they do also help structure sensual behavior.

Ya’ll over-joyous men, listen to this… However, men should not assume from these findings that they should not become involved in traditionally female household tasks, such as shopping, cleaning or cooking. Men who refuse to help around the house could increase conflict in their marriage and lower their wives’ marital satisfaction. Boom!

The couples reported having play approximately five times, on average, during the four weeks before the survey. In marriages where the woman carried out all the traditionally female tasks, the couples had play 1.6 times as often, compared to couples where the man was involved in all the female chores. The surprise was to see how robust the connection was between a traditional division of housework and sensual frequency. 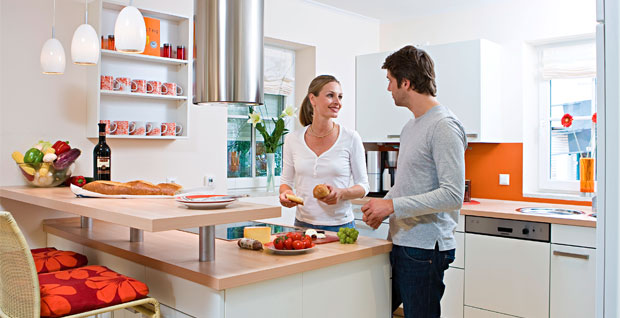 Husbands who do a lot of cooking, cleaning, laundry and other traditionally female forms of housework may do their marriages some good – but, contrary to popular belief, they are not rewarded with more act. Instead, it’s the guys who do the most lawn work, car repair, driving and bill-paying – traditional men’s jobs – who have the most desire in marriage. The same is true for women who do the most traditional female housework. In the end we have to believe that men or women may, in essence, be turned on (however indirectly) when partners in a marriage do more gender-traditional work.

But before the husbands throw out their dishcloths, they might want to consider this. The study does not say more traditional couples are more satisfied with their desire lives or their marriages. The researchers cite other studies showing that when men do more housework, wives’ perceptions of fairness and marital satisfaction tend to rise. Couples with more equal divisions of labor also are less likely to divorce, research shows.

Some women may find a guy more playful when he’s fixing something around the house than when he’s doing the ironing. It is not surprising that there are many women and men who still find the old ways more sensual. But there also are couples who now find egalitarian relationships more playful and a better prescription for long-term happiness in marriage.

Also worth noting: The study did not include childcare – so it says nothing about whether men who change diapers have more or less desire.

The claim that couples who share housework have more physical intimacy has captured substantial public attention. This was spun in the headline – “Men: Want more play? Do laundry!” The recent study has thwarted this idea and is helping project traditional gender roles as a determining factor in physical intimacy. Nonetheless, intimacy, both physical and emotional, is an important component of marriage. In addition to money and power, intimacy is the key around which all intimate partnerships are organized. It is positively linked to emotional satisfaction and physical pleasure. But couples are not purely interested in the amount of love-making they have – they undoubtedly also care about the quality of love-making.

The results of the study have shed new light on an area of marriage that has received relatively little attention. Broadly, they expand our understanding of how couples make bargains in households, suggesting that there is a traditional gender link governing the decision of physical intimacy.