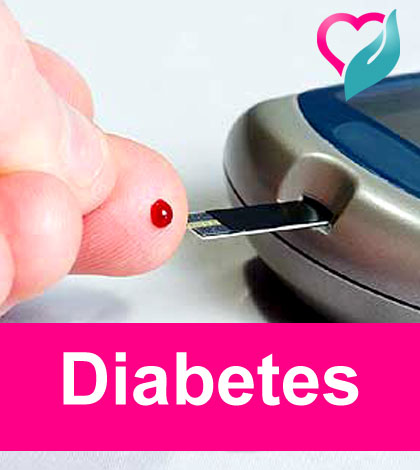 In a Finnish study, men who ate the most apples and other foods high in quercetin had 20 percent less diabetes and heart disease deaths. Other good sources of quercetin are onions, tomatoes, leafy green vegetables, and berries.

A study at the Human Nutrition Research Center in Beltsville, Maryland, found that if you use ½ teaspoon of cinnamon daily, it can make cells more sensitive to insulin. Therefore, the study says, the cells convert blood sugar to energy.

After 40 days of taking various amount of cinnamon extract, diabetics experienced not only lower blood sugar spikes after eating, but major improvements in signs of heart health. And you can sprinkle cinnamon on just about anything.

Studies show that people with diabetes tend to have lower levels of vitamin C in their bodies, so antioxidant-packed citrus fruit is a great snack choice. It may seem quicker to get your C from a pill, but since fruit is low in fat, high in fiber, and delivers lots of other healthy nutrients, it’s a better choice.

Heart disease strikes people with diabetes twice as often as it does people without the illness, according to the American Diabetes Association. Diets high in omega-3 fatty acids—the “good fat” in cold-water fish such as wild Alaskan salmon, sardines, and Atlantic mackerel—can help lower artery-clogging LDL cholesterol and triglycerides while raising levels of HDL (good) cholesterol.

A study at the University of Texas Southwestern Medical Center found that people who increased their fiber intake from 24 to 50 g daily had dramatic improvements in blood sugar levels. In fact, the high-fiber diet was as effective as some diabetes medications.

Rather than try to figure out exactly how much fiber is in different foods, focus on trying to get a total of 13 daily servings of a mixture of fruits, vegetables, beans, brown rice, and whole grain pastas, cereals, and breads.

Legumes of all sorts—chickpeas, cannelloni beans, kidney beans, and lentils—are a great addition to soups, salads, and a variety of ethnic dishes. And this low-fat, low-calorie, high-fiber, high-protein food helps to reduce risk of diabetes and heart disease. The fiber slows the release of glucose into your bloodstream, which prevents the blood sugar spikes that worsen diabetes blood sugar control and make you feel hungry.

Studies show that chronic inflammation—caused by high-fat foods, lack of exercise, and eating too few fruits, vegetables, and good fats—can increase risk of hearts attacks and thwart the body’s ability to absorb blood sugar. A simple solution: Drink green tea and orange or cranberry juice. They’re all packed with flavonoids—powerful inflammation-fighters. Swap one in for one cup of coffee a day.

Studies show that people who eat nuts regularly have lower rates of heart disease than people who don’t eat them. (People with diabetes are at increased risk of heart disease.) Even among the healthiest eaters, the ones who also eat nuts boast the best health record. Exactly why isn’t known yet, but one reason could be compounds called tocotrienols.

The key to eating nuts is not to eat too many; they’re so high in calories that you could easily see the aftermath pouring over your pants. Either measure 2 tablespoons of nuts, count how many it is, and limit yourself to that number, or keep a jar of chopped nuts on hand. Sprinkle 2 tablespoons a day on cereal, yogurt, veggies, salads, or wherever the flavor appeals to you.

All of these green leafy vegetables are good sources of lutein, a carotenoid that’s good for the eyes. That’s especially important because people with diabetes may develop debilitating eye problems as complications of the disease. These foods are also great sources of fiber, B vitamins, iron, calcium, and vitamin C.

Just don’t overdo it. Dark chocolate is great for the occasional indulgence, but it still packs a lot of fat and calories.

There’s something in steak besides the protein, iron, and B vitamins that’s good for us. It’s a compound that’s part of beef’s fat profile called conjugated linoleic acid (CLA). Doctors Michael Murray and Michael Lyon point out in their bookBeat Diabetes Naturally that experiments have shown that CLA works to correct impaired blood sugar metabolism and also appears to have significant anti-cancer properties.

In the most recent research, scientists in Norway supplemented the diets of 180 people with a few grams of CLA and reported that they lost 9 percent of their body weight in one year. For a 200-pounder, that’s an 18-pound weight loss!

To get CLA from steak, choose meat from range-fed beef. Eating natural pasturage give these animals far more healthful CLA than the usual grain-rich diet. And keep portions to 3 or 4 ounces.

Two tablespoons of vinegar taken before a meal can help your blood sugar go down. A study at Arizona State University East tested three different groups of people to see what the results would be in healthy people, those with prediabetes (they had signs diabetes was developing), and confirmed diabetics. Before each of two meals a day, the subjects were given 2 tablespoons of ordinary vinegar.

10 thoughts on “How to prevent Diabetes”