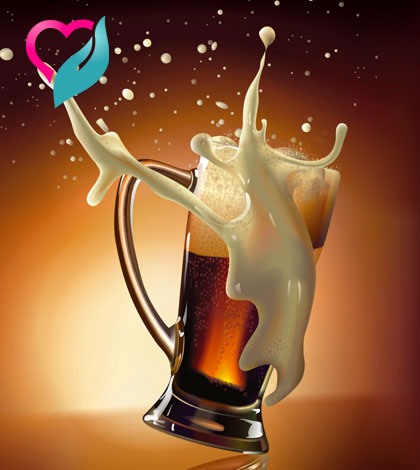 “Beer is proof that God loves us and wants us to be happy.”  –  Benjamin Franklin

Beer is one of the oldest and probably the most popular alcoholic beverage in the world. It is sometimes even referred to as “liquid bread”.

Brewer’s yeast, one of the beer’s main components, is known to be a rich source of nutrients and this means that beer may have some health benefits. But on the other hand, beer contains alcohol, which is known to cause some serious negative effects on our health.

For most of the human history, beer has been much more than a drink. It is simply more sociable than other drinks. Heading to the bar and toasting each other are just some of the ways beer helps resolve social barriers. But as they say, “everything in excess is bad”, drinking lots of beer is risky as it causes a number of health problems. Do not indulge in binge drinking, simply consume beer in moderation.

A Brief History of Beer

Beer has been made for centuries. The Egyptians used to make it with barley. Archaeo-botanist, Dr Delwen Sumnel, found traces of malted grain on one Egyptian excavation and with the help of brewer Scottish Courage, produced an approximation of an Egyptian beer. Records say that Egyptian beer was as thick as porridge and as strong as whisky, and Sumnel’s version was a lot clearer and weaker than the beer produced in Ancient Egypt.

Nearly every culture developed their own version of beer using grains. Africans used millet, maize, and cassava. The Chinese used wheat. The Japanese used rice. However, hops, the main ingredient in modern beer, was not used in brewing until 1000 AD.

3. Intoxication & dehydration. Alcohol is a dehydrating agent and reduces activity of the central nervous system. High amounts of alcohol can turn into dehydration, intoxication, and hangover.

4. Impairment of driving-related skills. Even small amounts of alcohol can have adverse effects on attention and motor skills. Many serious accidents are alcohol related.

6. Weight gain. Remember, too much beer can make you fat and cause other various health problems. It is an excellent source of calories. Therefore, take care and do not drink too much.

7. Pregnancy and breast-feeding. Alcohol is UNSAFE to drink during pregnancy. It can cause birth defects and other serious harm to the unborn infant. Drinking alcohol during pregnancy, especially during the first two months, is associated with significant risk of miscarriage, fetal alcohol syndrome, as well as developmental and behavioral disorders after birth. Don’t drink alcohol if you are pregnant.

Likewise, don’t drink alcohol if you are breast-feeding. Alcohol passes into breast milk and can cause abnormal development of skills that involve both mental and muscular coordination, such as the ability to turn over. Alcohol can also disturb the infant’s sleep pattern. 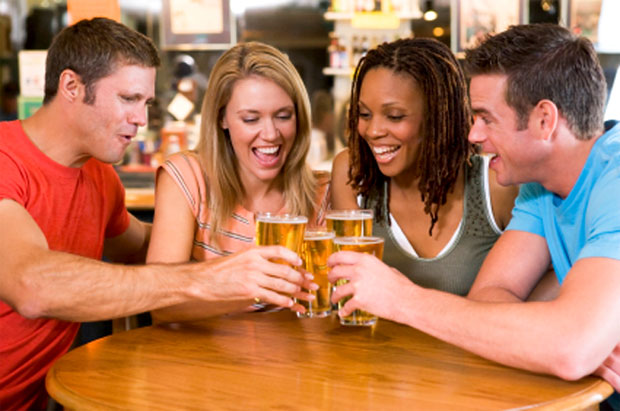 1. Reduces Stress. Beer helps to lift your spirits, changes your mood while giving you a nice little buzz. It is considered as a great stress reducer, refreshes you instantly with its great taste and relaxes you.

2. Control diabetes. Cheer up diabetics! Moderate consumption of beer can easily help out in keeping your diabetes under control as the vitamin B6 aids to maintain correct blood sugar levels significantly. Beer helps to keep insulin levels in control.

4. Cures Insomnia. Beer acts as a natural sedative and is regarded as a very effective treatment for insomnia as it has a tendency to make one drowsy it helps a great deal making you fall asleep. The nicotinic and lactoflavin present in beer help you fall sleep.

6. Protects from heart diseases. Drinking beer moderately helps to lower the chances of strokes, heart and vascular diseases to a great extent. The vitamin B6 in beer helps in preventing the build-up of amino acid known as homocysteine. Higher levels of homocysteine make you more susceptible to vascular and heart diseases. Beer also thins the blood immensely and increases the circulation in the brain which protects from strokes, caused due to blood clots. Therefore, drinking beer helps to fight against heart diseases tremendously.

7. Source of vitamins, minerals and flavonoids. Beer is rich in many vitamins of the B group and in minerals such as magnesium. Barley and hops used in the production of beer are rich in flavonoids, which have powerful antioxidant effects.

Beer is a natural conditioner for hair

If you want extra soft hair with added body then try it with beer. Beer provides good nutritional value to your hair. Make a shampoo with beer just by mixing an egg to half a can of beer. Use this mix to massage your hair and then rinse thoroughly as usual. Beer acts as an excellent conditioner for your hair, so use it once a month to give your hair the beer nutrition and make them soft and bouncy with the help of your favorite health drink!

The next time you have a party do not throw the left over half-filled beer bottles in the sink but go and pour it on your plants. Your houseplants and garden will love your beer act and will be nourished fully when the yeast adds to the soil. Beer helps you to get a blooming garden too.

To enjoy the health benefits of beer, EHC strongly recommends that beer should be consumed responsibly. Cheers!!