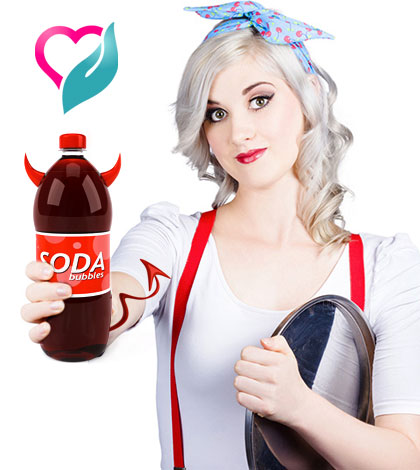 Compo offers from food courts often carries a soda drink along with junk food. If no, we tend to buy big bottles of chilled carbonated sweetened water with sparkling colours packed in attractive pet bottles.

If you've been keeping an eye for your health, you’ve read a litany of reasons in health related articles why soda is bad for you. It's nothing but sweetened carbonated water (sucralose) with zero nutritional value which leads to obesity and diabetes.

Keep reading to find out different reasons behind the ghastly gas

Regular consumption of Soda leads to obesity. It contains high levels of sugar and thus empty calories that can make you pile on pounds. Soft drinks also contain caffeine, which makes people keep coming back for more. Most soda addicts forget the sugar and calories in soda and keep on consuming such drinks without realizing that a single 330 ml can a day of soda translates into more than 1lb of weight gain every month! There is strong evidence that suggests reducing the consumption of sodas helps people reduce their body mass index (BMI).

Artificial caramel coloring chemicals are used to make colas brown. Colouring which is purely cosmetic do nothing on flavor than attract your eyes.  The main two contaminants in the coloring are 2-methylimidazole and 4-methylimidazole. The chemicals have been found to cause cancer in animals. According to California’s strict Proposition 65 list of chemicals known to cause cancer, just 16 micrograms per person per day of 4-methylimidazole is enough to pose a cancer threat, and most popular brown colas, both diet and regular, contain 200 micrograms per 20-ounce bottle.

Soda causes weight gain and hence makes you prone to developing Type 2 diabetes, which arises due to the inefficacy of insulin in breaking down sugar. The sweet taste of Soda is because it contains corn syrup, which is high in fructose. The fructose in corn syrup strains the insulin-producing cells in our pancreas more than any other food. As soon as you drink soda, a large amount of sugar enters your bloodstream very quickly. It stresses the pancreas to secrete large amounts of insulin for the body to process sugar. It is also replete with toxins like Aspartame, an artificial sweetener that is about 200 times sweeter than regular sugar. Aspartame comprises of three chemicals – aspartic acid, phenylalanine, and methanol. The methanol in soda breaks down into carcinogens like formaldehyde and formic acid. Aspartame also causes headaches and migraines. 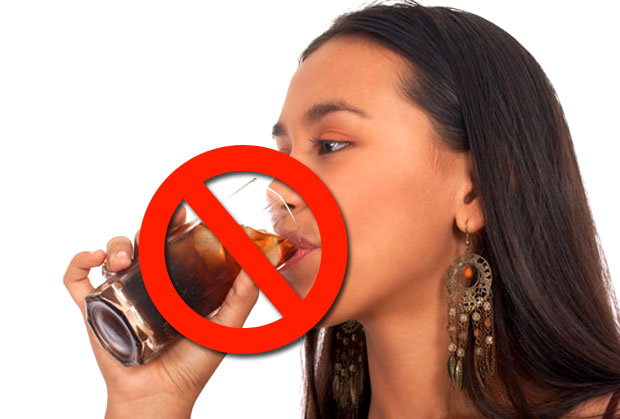 Studies prove that frequent consumption of soft drinks can increase the risk of osteoporosis. High soda consumption is especially harmful to growing children as their bones don’t have adequate calcium. Sodas are highly acidic in nature. It has a pH level of about 2.5, about the same as vinegar. The sugar content in sodas camouflages its acidity. Acidity of soft drinks causes decalcification and weakening of bones. Another reason that links osteoporosis and soda is the fact that most people with a soda habit drink less calcium-rich milk.

High levels of citric acid in soda are responsible for the loss of enamel from teeth. Research proves that drinking soda is responsible for doubling or even tripling the incidence of tooth decay. Erosion of enamel makes the teeth weak, sensitive and susceptible to decay.

Research reveals that drinking large quantities of cola increases the chances of developing kidney stones. As the soda is highly acidic, it strips your bones of calcium. The presence of the calcium in the urine leads to a gradual formation of kidney stones.

Researchers say that overconsumption of fructose sugar causes hypertension. Soda consumption is a major risk factor for developing the metabolic syndrome, which is a combination of several health problems like high blood pressure, obesity, high cholesterol, and insulin resistance.

Research suggests that drinking too much soda increases the risk of fatal diseases like liver cirrhosis. Soda is detrimental to digestive health too. Sodas are rich in Phosphoric acid. It competes with the hydrochloric acid present in your stomach and adversely affects its functioning. You may suffer from indigestion if you binge on colas. 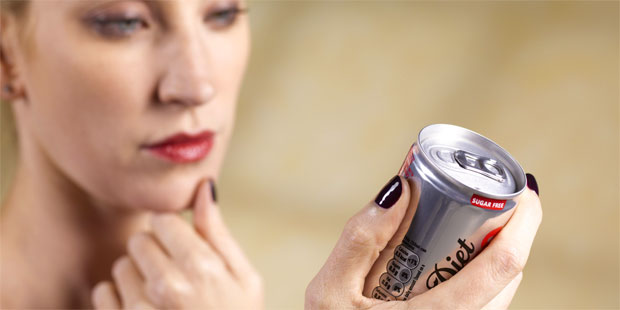 The caffeine and sugar in soda cause dehydration. Soda acts as a diuretic and increases urination. It is because your kidneys try to flush out the excess sugar that the soda contains from your body.

The phosphoric acid in sodas accelerates aging. It gives the soda its tangy taste and also acts as a preservative. High doses of caffeine in sodas also cause irritability, restlessness, insomnia, high blood pressure, and irregular heartbeat.

For the record, soda contains no nutrients. It has zero proteins, vitamins or minerals! All it contains is filtered water and refined sugar apart from caffeine, acids, colours and preservatives. Excessive soda intake can lead to lifestyle diseases like diabetes, chronic inflammation and coronary complications.

It’s not surprising that drinking all the sugar in sodas would cause weight gain, but what is surprising is that even diet soda will pack on the pounds: Researchers from the University of Texas Health Science Center monitored 475 adults for 10 years, and found that those who drank diet soda had a 70 percent increase in waist circumference over the 10-year study, compared with those who didn’t drink any soda. Those who drank more than two diet sodas per day saw a 500 percent waist expansion! A separate study the same researchers conducted on mice suggested that it was the aspartame, which raised blood glucose levels that caused the weight gain; when your liver encounters too much glucose, the excess is converted to body fat.