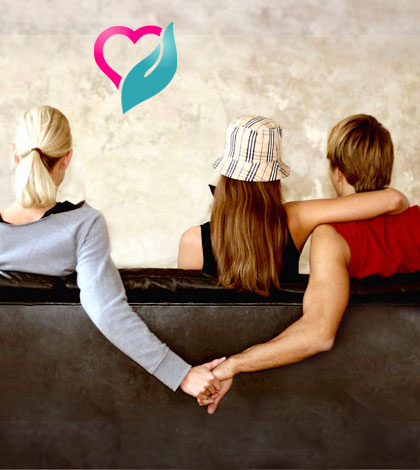 Extramarital affairs are very common among men and women alike. Earlier times, marriage life and relationships were concerned divine bonds than a social setup of life. But today, as a result of the modern thoughts and lifestyle, the divinity in life is overpowered by materialistic factors and people often consider the family life as just a necessary social structure.

Recent statistics suggest that 40% of women (and that number is increasing) and 60% of men at one point indulge in an affair. Put those numbers together and it is estimated that 80% of the marriages will have one spouse at one point or another involved in an affair.

The reasons why people get involved in extramarital relations are many but it often boils down to trouble brewing in the existing relationship or marriage.

If the marriage itself is damaged or the relations between the two people are neglected and strained then it can result in people having affairs. If the relation has too many responsibilities or if the communication between the two people falls apart then it can result in people indulging in affairs. Finances, sharing, intimacy, religion are all important issues.

Many people suffer from self esteem issues and such individuals are not able to handle the usual problems in the relationship. This problem is quite difficult to handle as no amount of love can really resolve the inherent self esteem issues unless they are tackled head on.

Love like other emotions changes with time. The initial excitement and adrenalin of the first few years fades away with the passage of time. Sometimes people find it difficult to deal with this problem as they believe they need the excitement, passion and love rekindled. If that does not happen then they might try to find it somewhere else.

Sex is perhaps one of the most important reasons why troubles start in relationships. Sex is an amalgamation of love and passion between two people. With time sex can become monotonous and if there is a lack of desire, passion and romance in the relationship then it may drive the person to seek it with someone else. Sexual addiction is also a reason for people to seek extramarital affairs

The way you and your partner look often affects your sexual life. Be it the case that you are not confident about your looks or the other way round that your partner doesn’t have a pleasing personality, in both cases, there will be an evident discomfort during lovemaking. To get rid of this, individuals often look out for a suitable mate in terms of looks and physical appearance, which allows them perform better in bed.

Another very common reason to estrange your present partner and indulge with someone else is out of sheer boredom. After years of marriage, couples often start missing the fun and thrill which initially existed in their relation. As a result, they seek excitement elsewhere. This case of cheating on your partner is purely out of an experiment and an urge to give a boost to your sexual performance by getting out of the daily boredom

As the society progresses selfishness and an individualistic pattern of thinking has become the norm. Many people do not seem to be bothered about their actions or what effects their behavior may have on the others. Consequently it has become socially acceptable and not entirely unusual for people to say that they weren’t happy and this is the reason many give in having extramarital affairs. Relationships have also become quite dispensable for some people.

Marriage takes hard work for it to successfully thrive. Many individuals have commitment problems and often find it easier to walk out when the going gets tough. Changed attitudes towards life have also reduced the commitment levels and importance of the institution of marriage. Education and career have taken precedence in many cases and people are not as committed towards marriage.

Some other issues that can cause people to seek love, companionship outside the marriage include mid life crisis. Mental problems, physical problems and other life changing events can also affect a relationship and cause people to seek love outside the marriage. Loneliness can also be one of the reasons for people seeking out extramarital affairs.