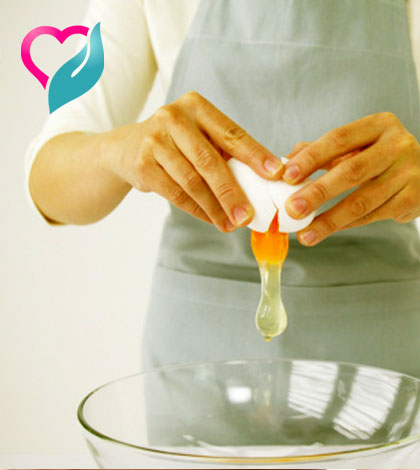 People of any age can have blackheads on their skin, but mostly seen during the teenage and adolescent years. They are common but annoying and occur when the pores in your skin become clogged with excess sebum and dead skin cells.

When the pore is open, the plug of sebum/skin cells oxidizes as it is in contact with the oxygen in the air, which turns it black. We would like to remind you that blackheads are not caused by dirt. The major reasons of this problem are hormonal changes and excessive use of cosmetic products.

There are many prescription medications for the treatment of blackheads, but treating them with natural ingredients which are easily found in most kitchens, are always advised due to the almost nonexistent side effects.

Egg whites form an easy mask that can be used to temporarily tighten pores, thus reducing chances of future blackheads, and will also remove current blackheads. Egg whites are also rich in nutrients for your skin, and are a little less drying than some other home remedies for blackheads.

EHC brings you this video showcasing the methods of using egg white to remove blackheads.