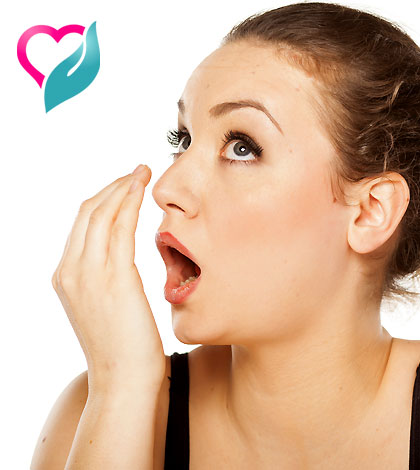 A quick breath check can save you from more than just an awkward social situation — it could save your life. The latest breath test technology can detect stomach cancer in its earliest stages, according to an April 2015 study published in the journal Gut.

But gastric cancer isn't the only condition your breath can give away. While poor dental hygiene accounts for most cases of halitosis, bad breath can sometimes signal another underlying medical condition. And you don't have to give off an odor, either: Even the freshest of breath can be screened for various health problems.

Fruity or Acetone Breath says you are Diabetic

Poorly managed diabetes can make you more susceptible to gum disease and dry mouth. When blood sugar levels aren't stabilized, the weakened body isn't able to fight bacteria that can cause infections that harm the gums. These same infections can cause bad breath. But a fruity breath odor or an odor similar to acetone (commonly used in nail polish remover) can also point to a serious complication in diabetic patients called ketoacidosis.

When the body doesn't have enough insulin, it instead uses fatty acids for energy, which produces acidic ketones, byproducts of fat metabolism. These acids, which include acetone, hydroxybutyrate, and acetoacetate, can accumulate in the blood and lead to a diabetic coma or death.

Fishy breath isn't always from seafood: A mouth that smells fishy, urine-like, or similar to ammonia may indicate kidney failure.

The kidneys are responsible for removing toxic chemicals from the blood by creating urine. In kidney failure, also known as end stage renal disease, the kidneys become so damaged that they are no longer able to filter waste products and toxic chemicals from the blood. When this happens, the dangerous toxins and waste not discharged from the body accumulate and affect nearly every part of the body. The fishy breath odor can occur when kidney failure affects the respiratory system and causes breathing problems. 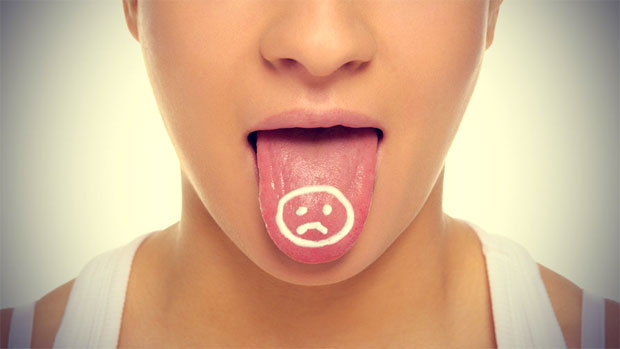 Morning breath may seem normal after a night of sleeping. Saliva production decreases during sleep, which gives odor-producing bacteria an opportunity to multiply and grow.

But the slowed production of saliva during sleep can sometimes be caused by leaving your mouth open for long periods of time. People with sleep disorders such as sleep apnea and snoring may have trouble breathing through the nose, and are more likely to breathe through their mouth, which increases bad breath.

Pathologists normally perform biopsies and ultrasound scans to diagnose lung cancer, but using breath tests may be a cheaper and non-invasive alternative, according to a 2013 study. Using a pre-programmed "electronic nose," which detects different profiles of volatile organic compounds (VOCs) in exhaled breath, Researchers from the University of Latvia collected breath samples from 4756 subjects, which included a mix of 252 lung cancer patients, 223 patients with different lung conditions and healthy volunteers, 265 smokers, and 210 non-smokers.

They found that among the non- smokers, lung cancer was accurately identified in 128 subjects and misdiagnosed in only five. Among smokers, the electronic nose correctly identified 114 people as having lung cancer, misdiagnosing five.

Researchers were able to use a simple breath test to identify patients suffering from heart failure, according to a March 2013 paper published in the Journal of the American College of Cardiology.

Researchers then used mass spectrometry technology to analyze the breath samples for molecular and chemical compound signs of heart failure. Within two hours, the breath test correctly distinguished which patients had heart failure from the other cardiac patients.

Foul breath can signal a foul gut. Digestive conditions such as acid reflux and gastrophegeal reflux disease (GERD) can manifest in your breath. Both digestive conditions can delay or prevent food from processing efficiently from the stomach. When food doesn't move through the digestive system, it can start to decay. Small amounts of undigested food may even regurgitate and cause bad breath. Dentists may also detect GERD in patients when they notice an inflamed red throat and acid erosion in the teeth.

But GERD isn't the only digestive health issue that can affect your breath. A 2008 study published in the Journal of Medical Microbiology suggests that the H.pylori bacteria that causes stomach ulcers can make breath smelly if it land in the mouth.

Allergies and postnasal drip may also cause bad breath because these conditions tend to clog the nose. This nasal congestion may force you to breathe through your mouth, which can lead to dryness and the growth of bacteria that causes foul breath.

When the enamel on your teeth erodes, food particles can get deposited in those holes, called dental caries. Because brushing your teeth can't remove these food deposits, they can eventually grow bacteria, which produce a bad smell.

Gingivitis is another medical condition that may cause bad breath. When the gum becomes inflamed with bacteria, it can result in severe pain and funky-smelling discharge.

Another study, conducted by researchers at Cedars-Sinai Medical Center in Los Angeles, found that one’s breath could show how susceptible a person is to develop obesity. Researchers analyzed the breath of 792 participants and found that those with high concentrations of the gases methane and hydrogen had higher BMIs and higher percentages of fat than those whose breath had the normal mix of gases or a high concentration of either methane or hydrogen alone.